Dealing with Uncertainty in Retirement Calculations 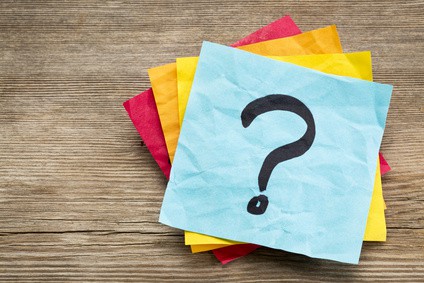 Remember the game of Telephone? Players whisper a secret message down the line from one to the next. When the message reaches the end of the line, it’s repeated aloud to the group. And, without fail, it’s been mangled beyond recognition!

It’s a serious problem, both in retirement and planning for it. In many cases, the range of input to your retirement equation creates an uncertainty interval so wide that it makes predicting the future absurd.

In this post, we’ll look at a simple scenario that demonstrates the problem: I’ll show how much the uncertainty in key variables such as growth rate, inflation rate, and life span can impact your ending net worth. Then, after reviewing what retirement models are and are not good for, we’ll discuss solutions.

To better understand uncertainty in retirement calculations, I tested a simple retirement scenario: A couple retiring at age 60 with initial retirement savings of $500K and annual expenses of $40K. They’ll start taking the average Social Security benefit at age 65, and they’ll pay an overall effective tax rate in retirement of 5%. Let’s see what happens to them under different conditions….

I wrote a while back on the three unknowns that dominate retirement calculations. Let’s start with those three variables, and add a few others. Altogether, we’ll consider the best and worst cases for five input parameters to the retirement equation:

Investment returns — Given low interest rates and high stock market valuations, most experts are predicting reduced investment returns going forward. But within that dim outlook there is plenty of variation. In his last 30-year market forecast, Rick Ferri calls for U.S. Large-cap stocks to return 5.0% before inflation, and 10-year Investment-grade corporate bonds to return 2.6%. In a 50/50 portfolio that would be a 3.8% real rate of return. Let’s call that our “best case.” In a post last year Allan Roth drew from William Bernstein’s Rational Expectations

Inflation — While it’s trendy now to fret about inflation, it’s been relatively tame for decades. If you look at the historical record for inflation you can spot double-digit inflation in the past, but it’s never lasted long. For our simulation let’s assume the “best case” for inflation is 2.0% — about 1.0% below the long-term average. And let’s assume the worst case is 4.0% — 1.0% above that average. Sure, inflation could spike. But, as you’ll shortly see, even at 1% above the average, it does plenty of damage….

Life expectancy — Nobody knows how long they’ll live. But we each have family history to draw on. Also, we know that modern health care is steadily improving. For our purposes here, let’s use some mainstream numbers from the Social Security Administration: “A man reaching age 65 today can expect to live, on average, until age 84.3.” and “About one out of every four 65-year-olds today will live past age 90, and one out of 10 will live past age 95.” So let’s call age 84 our best case (financially speaking), and age 95 our worst case. (The longer you live, the more chance you’ll run out of money, so that’s a worst case for financial planning.)

Social Security — Most of us will rely on Social Security to some extent, but we all know it’s threatened. The average benefit right now is about $1,335 per person for retired workers. But the SSA says that could change because “by 2034, the payroll taxes collected will be enough to pay only about 79 cents for each dollar of scheduled benefits.” So let’s say the best case is that our hypothetical couple will receive their $1,335/month x 12 x 2 or about $32K annually in benefits. And let’s say the worst case is that they’ll only receive about 75% of that, or about $24K annually.

Expenses — Budgets are personal, but for purposes of our simulation let’s say our frugal couple needs to get by on about $40K/year. But living expenses aren’t static. They’ll vary with life events and with the economy. Personally, we spend more than this model couple. And still we’ve seen unsettling fluctuations in our retirement budget already. Some of it has been discretionary fun, but health care expenses have been particularly alarming. We’ve already seen 25% deviations from our retirement budget in a single year. So, while our couple’s best case expenses may be $40K/year, let’s say their worst case is another 25%, or $50K/year.

So that’s the input for our scenario. Nothing too far-fetched here. The best cases don’t sound wildly optimistic. The worst cases don’t sound particularly dire. Each number is entirely feasible, within a range supported by the data and the experts. But what happens when we put these numbers all together in one simulation?

The results are surprising. Let’s start with the best case scenario and proceed gradually to the worst….

The best case scenario involves low inflation, high investment returns, full Social Security, no changes in living expenses, and shorter lifespan. Under those conditions, our couple reaches the end of their lives at 84 and leaves a nice $477K for their beneficiaries. If they are fortunate enough to live longer, their net worth keeps growing: At age 95 it would be $587K.

(Note these numbers and those that follow are adjusted to today’s dollars, for ease of comparison.)

Now let’s introduce our first worst case scenario. What if inflation runs at 4.0%? We crunch the numbers again. Now the net worth at age 95 is about $568K in today’s dollars. The impact of inflation is muted because most of our couple’s cash flow is inflation-adjusted in some form.

What next? How about if real investment returns are reduced to 1.5%? Well, now their ending net worth at age 95 is only $143K.

Then what if they are only able to collect 75% of their Social Security? Now their net worth drops into negative territory at age 95, to -$167K, implying they ran out of money years before.

Now what if their expenses increase by a real 25% on top of all the other bad news? This really hurts. Their net worth now plummets to -$647K at age 95, implying an even earlier end to their retirement funds. (To have stayed afloat at their current lifestyle to age 95, they’d need have raised an extra $647K.)

Reviewing each year in this final scenario, with all of these worst case factors compounded, we see that at age 75 — just 15 years after retiring — our unfortunate couple is broke.

What’s the takeaway? In bracketing the key input variables to the retirement equation by modest, realistic amounts, we’ve seen dramatic differences in retirement outcomes years later. In fact, the difference in ending net worth between our best and worst case scenarios at age 95 is well more than one million dollars.

Here is how the different variables contribute to that gap between the scenarios:

Investment returns, which get so much attention here and elsewhere, are critical to this particular couple’s retirement trajectory. Most of the difference between the best and worst case scenarios is accounted for by investment returns, Social Security, and living expenses. And it’s sobering to realize that we have little individual control over the first two of those factors. While the last one, expenses, we control only partially, until it comes to health care or emergencies.

Before panicking, remember this scenario isn’t your retirement. And, though I wasn’t using outlandish numbers, this is still an analysis of “extremes.” That’s because it’s unlikely that all variables would be at their worst or best values simultaneously.

But it isn’t impossible: Ever had more than one thing go wrong at once? How about 2 or 3? It happens more frequently than we’d like, and that’s when serious problems begin.

In analyzing these extremes, we are looking at the envelope of retirement possibilities. Monte Carlo simulation, with output in percentiles, would communicate the interior of that envelope better than I’m attempting here. But, I lean to simplicity: I’ll usually start with the best, worst, and average cases. Just know that focusing only on the extremes, or the averages, could be deceiving. There is also value in pondering the probabilities of the interior.

What can we really hope to learn from a retirement simulation? There are so many variables, so far into the future. If you seek precise answers, the complexity may deceive you.

Frankly, retirement modeling is best for studying and comparing different options. What if my child goes to a private college versus the state school? What happens if I downsize my family house versus retiring in place? What are the tax implications if I convert my Traditional IRA into a Roth? None of these scenarios requires an absolutely correct numerical answer, as long as the alternatives can be compared reliably.

And when it comes to those absolute answers to the big questions, “When can I retire?”, “How much money will I leave behind?” retirement models simply cannot reliably predict your endpoint. They can only give your direction.

A retirement model is a compass, not a map. It can tell you where you’re going, but not if and when you’ll arrive!

Don’t like those uncertainties? Then you can try eliminating some of the variables:

Ultimately, the retirement decision is less about your number and more about your quality of life going forward. The range of possible outcomes is huge. And no matter how many numbers you throw at the decision, you or an advisor will ultimately be making a gut determination based on numerical probabilities, personal values, and what you want out of life.

The answer announced at the end of the Telephone line is never what you expect. Same for retirement. But, with a little knowledge and planning, and some flexibility, you can still enjoy the game.

*Note: The results above have been updated from the original post with a correction to the intermediate calculation for increased inflation. (The overall results for best and worst cases remain unchanged.) Thanks to Paul Meernik of eiPie Innovations, publisher of the Social Security & Retirement Financial Modeling Windows app, for pointing out the error.