Tammy LaGorce recently wrote an excellent piece for the New York Times highlighting the difficulty retirees have spending down the retirement assets they worked so hard to accumulate. I hear this sentiment frequently in emails from readers. The Center for Retirement Research at Boston College reported half of retirees are afraid to spend from their savings. 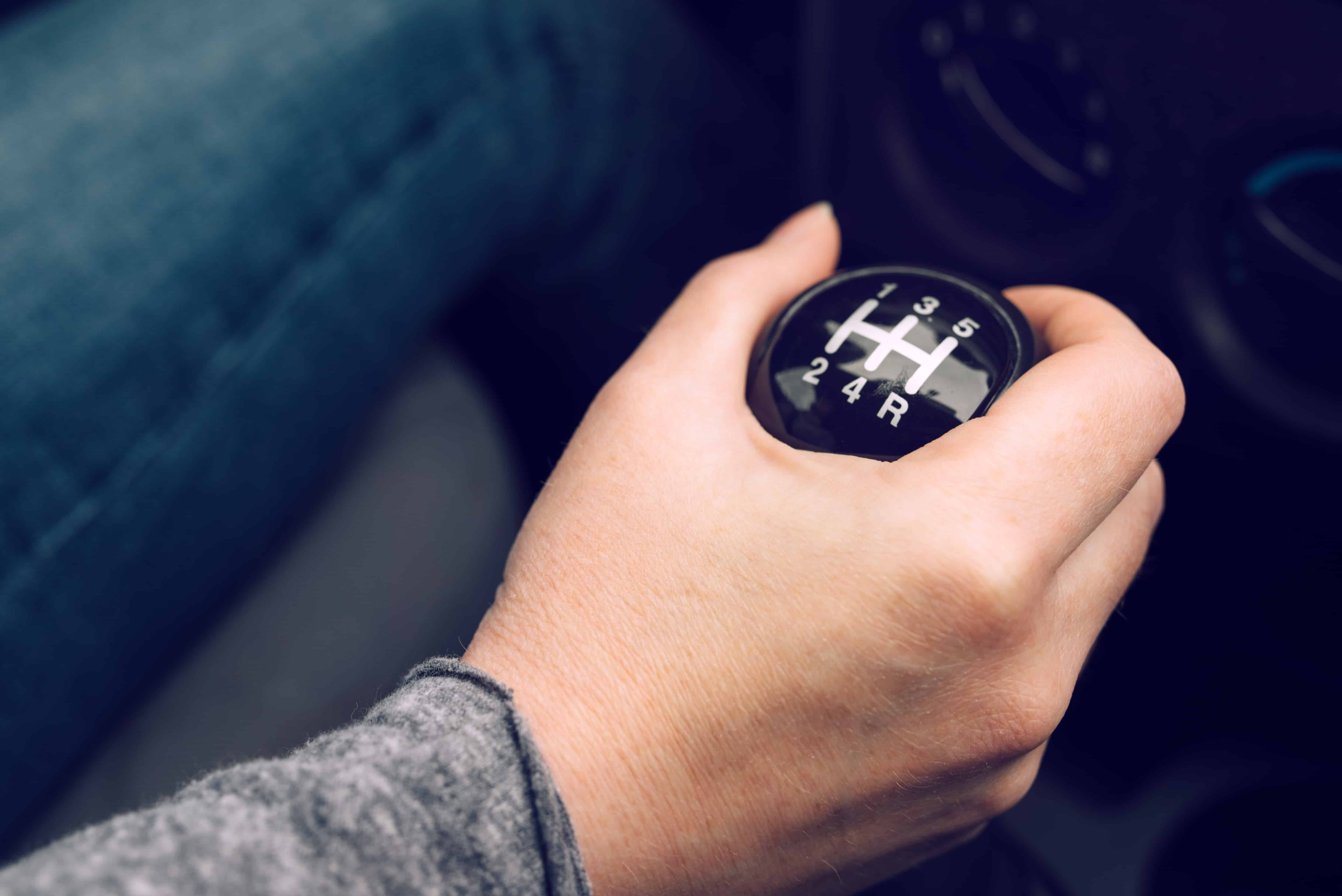 Readers of this blog obsess about numbers. We know the best retirement calculators and have checked our results repeatedly.

Regardless of how many times we check our math, we ultimately have to make important financial decisions with incomplete information. This shift from saver while accumulating to spender in retirement can be scary. Retirement is arguably the largest financial decision of your life.

I recently had the privilege and pleasure of participating in a conversation on the NewRetirement podcast with fellow retirement bloggers Fritz Gilbert of The Retirement Manifesto and Karsten Jeske of Early Retirement Now.

Fritz retired at age 55. Karsten and I left our careers in our early forties. Are people who retire a decade, or even decades, earlier than usual immune to these fears? Not at all.

Our discussion illustrated two very different strategies for overcoming fear in deciding if it’s time to start the transition into the unknown of early retirement.

Both Fritz and Karsten took what I’ll call the traditional approach to retirement. Each determined with confidence that they had enough to live without ever earning any more income before leaving their careers.

I took a non-traditional approach by incorporating some earned income into my early retirement spending plans.

Each method comes with unique benefits that can help overcome the fear of making the transition from careers accompanied by regular paychecks and high savings rates to retirement and drawing down investments. Each strategy has distinct risks and disadvantages as well.

In our conversation, both Fritz and Karsten talked of the certainty that they’ve saved enough. Karsten joked that he is known as “the Grinch” of the F.I.R.E. community for writing the “Safe Withdrawal Rate Series” that blows up the popular idea of a 4% safe withdrawal rate for early retirees. His research indicates the number should be closer to 3%.

He noted that by clearly understanding the numbers he was able to retire with confidence knowing he had enough money to withstand any reasonable scenario. This gives him and others whose numbers he’s analyzed confidence to do what is so difficult for many; use their portfolios to fund the next portion of their lives.

Fritz stated that he padded his numbers. He tracked what he was spending and projected what he thought his retirement spending would look like. To be safe, he added extra margin to assure he wasn’t underestimating his spending. He also decided to work one extra year to be even more certain that he had saved enough.

Both Fritz and Karsten said that they saved enough to pay unsubsidized health insurance premiums. Karsten said he plugged in $20,000 per year and Fritz noted he used $25,000 when estimating how much they would need to spend annually for this expense.

In contrast, I left my career when we had a little less than twenty-five times our current annual spending. My wife and I elected to not save enough to pay for full unsubsidized health insurance premiums. We started with a flexible plan for health insurance in early retirement.

Like many others, I fear spending from our retirement portfolio. The peace of mind they have is a clear advantage to choosing a more traditional retirement.

While peace of mind is important, it is equally important to acknowledge that it comes at a price. Let’s assume that it will take between one and two million dollars for most readers to retire comfortably.

How much longer would it take to save an extra $300,000 to $600,000? My wife and I were in the unusual position of saving over 50% of our professional incomes. Still it would have taken about four to five more years to save an additional eight times our annual spending. For most people, it would take even longer.

How does that impact your desired retirement lifestyle? Why are you retiring early?

Our original driving force to retire early was to escape a standard lifestyle while we have good health. I lost an uncle (sudden massive heart attack) and cousin (cancer) in their early forties. My mom and grandmother were both diagnosed with breast cancer in their mid-forties. This made me painfully aware that nothing is guaranteed.

I got serious about retirement planning after the birth of our daughter. It was important for us to change our lifestyle while she was young and appreciated having us around. We timed leaving my career and moving our family west to make these changes before she started school.

Many people start their path to financial independence and early retirement in search of freedom. We try to escape the demands of jobs that dominate time and suck energy that could be used in other ways.

Both Fritz and Karsten used their freedom to the fullest. Fritz and his wife spent the better part of the summer enjoying a cross country RV trip. Karsten and his family spent about seven months traveling the world.

My wife and I created a much better lifestyle for ourselves as well. We now spend time together most days pursuing our passions. We, and I in particular, have more quality and quantity of time with our daughter.

But we still don’t have the complete freedom that those with a more traditional retirement do. It would be as stressful as it would be pleasurable for us to travel for more than a week or two at a time.

My wife works part-time, has location independence and tremendous flexibility with her schedule. Still she has demands of a normal job — deadlines, meetings, occasional travel and limited vacation time.

The complete freedom to do whatever you want, whenever you want to do it is a clear advantage of a more traditional retirement. However, it is also important to acknowledge that this can be overly romanticized. Few of us are completely free.

Many people have children, grandchildren, pets, social connections, volunteer work, etc that are more limiting than my wife’s job. That’s not a bad thing. Those are often the things that give life purpose and meaning.

Understanding how much freedom you desire will help determine the best path for you.

Many people have the perception that retirement means no work and no earned income. I frequently receive comments from people telling me that I’m “not really retired.”

They say I’m “just” a stay at home parent because my spouse continues to earn a regular income. I’m “just” changing careers or becoming an entrepreneur.

In fairness, there is an element of truth to these statements. It’s also fair for me to point out that having a high degree of financial independence gave me the courage and confidence to choose these options with minimal financial risk.

I’ve studied retirement trends and talked to many retirees. I’m among those who have decided to work in retirement for various reasons.

The USA Today recently reported, “One in three Americans who are at least 40 have or plan to have a job in retirement to prepare for a longer life.” The same article states that reasons for working go beyond making money. “Other reasons. . . include personal fulfillment such as staying mentally fit, preventing boredom or avoiding depression.”

I acknowledged this and built it into our retirement spending plans. Despite planning a more traditional retirement, Fritz and Karsten both have ended up in a position that looks similar.

Fritz retired comfortably, but he has since accepted a position on a board, continued to monetize his blog and recently started writing a book. Karsten also retired with financial security. Still he trades options, which is not a passive investment strategy. He also writes a blog, is entertaining writing a book and hasn’t ruled out other paid work.

Many people make money after retirement. Choosing to earn income in an enjoyable way can add financial security, make spending less scary and accelerate your time to retirement.

People get to the point of considering early retirement by being good savers. Going from accumulation to decumulation requires a different mentality. It is natural to fear spending from the savings you’ve worked so hard to create.

No one can tell you exactly when to start spending down retirement assets or how much you can afford to spend. You must make choices based on your goals, needs, desires and comfort level.

What will you choose? Let’s talk about it in the comments.

[Chris Mamula used principles of traditional retirement planning, combined with creative lifestyle design, to retire from a career as a physical therapist at age 41. After poor experiences with the financial industry early in his professional life, he educated himself on investing and tax planning. Now he draws on his experience to write about wealth building, DIY investing, financial planning, early retirement, and lifestyle design at Can I Retire Yet? Chris has been featured on MarketWatch, Morningstar, U.S. News & World Report, and Business Insider. He is also the primary author of the book Choose FI: Your Blueprint to Financial Independence. You can reach him at chris@caniretireyet.com.]