Pretirement: What Is It and Why Should You Care? 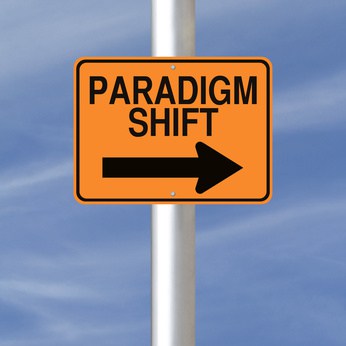 Pretirement is a term being proposed to describe a phase of life between career and retirement. Pretirement is a process that takes place over years, even decades, versus a single decision to retire. It is characterized by cutting back on work earlier in life, but continuing some work indefinitely. 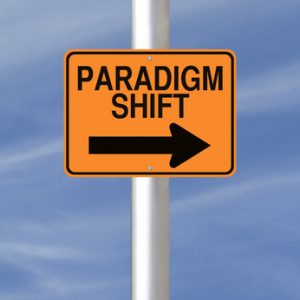 Why do we need this new word? What’s wrong with the current paradigm?

The standard path through life is well known. We dedicate the first couple decades of life to education. The majority of our adult years are devoted to our careers. We then retire in our golden years.

We all know the game, but few play it well. A study by the Economic Policy Institute shows the median retirement savings for those approaching traditional retirement age is about $17,000. Most people are ill prepared financially for retirement.

A small but growing FIRE (Financially Independent, Retire Early) movement figured out how to beat the game.

Simple math shows you can live below your means and build wealth quickly. The relative frugality that allows saving a large percentage of income simultaneously leads to a lower-cost lifestyle. The savings can sustain that lifestyle indefinitely.

However, many who are financially able to retire early don’t retire by the standard definition —  leaving the workforce completely. Many of us realize a life without meaningful work is the wrong goal.

A new paradigm is necessary to address the fact that our current way of planning for retirement may not be working at either end of the spectrum. We need to look at how we got where we are, what a new “pretirement” phase of life means and planning implications of a new paradigm.

Mary-Lou Weisman outlined the history and evolution of retirement in the New York Times. Understanding this historical perspective sheds light on many problems with modern retirement planning.

German Chancellor Otto Von Bismarck introduced retirement in the 1880s to gain political favor. He arbitrarily defined 65 as the retirement age when people could receive financial benefits from the government. It was a mostly symbolic gesture at a time when few people lived that long.

A few decades later, physician William Osler combined “scientific” observations about aging with economic rationale to advance the idea of retirement. He proposed the idea that peak work years occured between ages 25 and 40. Workers older than 40 were “tolerable.” After age 60, the average worker was “useless.”

From Osler’s viewpoint, a worker wouldn’t choose to retire. Instead, older workers should be retired to make room for younger, healthier and more productive ones.

Modern ideas of retirement evolved against this backdrop. Franklin Roosevelt proposed the Social Security Act in 1935. At that time the average life expectancy was only 61 years old.

It was also thought that older workers should welcome retirement. Eleanor Roosevelt said, “It means so much to sit in the same chair you sat in for a great many years.”

Assumptions that Social Security and pensions would have to support retirees for only a few years were wrong. Since 1935, average life expectancy has increased by over a decade.

People who reach age 65 have a 50/50 chance of living another 17 years. Increased life spans strain social security and pensions and shift financial responsibility for retirement to individuals who are often ill prepared to handle them.

Simultaneously, the assumption that people will be happy sitting in their “same chair” has also not played out. Neither has a satisfying life of golf courses and beaches presented in retirement planning brochures of financial institutions.

Many retirees suffer depression and physical health issues as they withdraw from work that had given life purpose, meaning, and a reason to be active.

Pretirement is a term that is most commonly found among Brittons. A study of 2,000 people between the ages of 50-80 found many people in Britain are cutting back on work earlier in life, but continuing to work later in life.

In the survey, approximately ⅓ of respondents began the transition from full-time work to pretirement between the ages of 50 and 54. At the same time, nearly half of respondents over age 65 continued either regular paid or volunteer work.

There is little use of the word pretirement in American culture. However, we can observe similar trends.

The growing FIRE movement is consistent with people looking to leave their career in search of more fulfilling activities earlier in life.

The concept of FIRE has emerged against the backdrop of an American “retirement crisis.” The inability of many Americans to retire means many older workers have no choice but to continue to work beyond traditional retirement age.

The concept of pretirement creates new opportunities and challenges for financial planning which are different than planning a traditional retirement.

Logically, pretirement makes sense. It allows us to be creative and flexible, matching work to changing life situations and needs.

Retirement is a one size fits all system. It evolved out of an idea thrust upon us by governments and faulty science. Most have blindly accepted this model.

Roger Whitney, author of the book Rock Retirement, compares traditional retirement to a light switch that has only on or off positions. He proposes an alternative model as a dimmer switch. You can adjust the amount you work and earn up or down to match your wants and needs.

This alternative gives options for creative planning that allow us to mitigate risks inherent to retirement. Traditional retirement planning models all include elements of uncertainty.

Having even small amounts of income allows us to mitigate sequence of returns risk and longevity risk. This allows you to start the transition to retirement sooner, with more flexibility and security.

Traditional retirement planning often focuses too much on numbers while neglecting or underestimating the “softer” side of planning. We leave behind a big piece of our lives and identities when we leave our careers.

It’s important to think about where we’ll find purpose in retirement. For many, purpose comes through work. This is possible with the alternative paradigm of pretirement.

Pretirement has many advantages compared to traditional retirement. So why don’t we all just plan to work less sooner, but continue working longer? Should we retire the ideas traditionally associated with retirement?

These are great questions for readers of an early retirement blog, who are mostly saving aggressively and working toward financial independence. We should all question the assumption that traditional retirement with no work and no income is what we’re really seeking.

Anyone actively planning and saving toward a secure early retirement is not normal. Normal in our society is to spend most or all of what you earn and save little toward retirement. And this normal occurs among a population that accepts the traditional idea of retirement.

People assume they are going to retire. Yet most don’t save enough and many save nothing. So what are the odds that people will save if they plan to work forever and never retire?

In this context, the idea of pretirement can be harmful if it causes people to save even less than they already are. At best, pretirement is just flowery language.

“Chase your passion”. “Find something you love to do and you’ll never work another day in your life.”

These make great bumper stickers. But they ignore reality.

Work is a necessity for those without the means for traditional retirement. Having to rely on the ability to earn income can be restrictive, risky and expensive.

You limit life options when you need to earn ongoing income. It requires layers of insurance to protect against events that would prevent ongoing paid work.

It’s vital to remember that many people don’t choose to retire. Jobs are terminated. Businesses fail. Health is not guaranteed. Family situations arise.

While we may never desire full retirement with no work and no income, we need to plan for one. The ability to work and earn income is never guaranteed, so relying on the ability to continue to work during an indefinite pretirement is not wise.

Good, But Not Perfect

We continue to redefine retirement to align financial planning with current realities. Life expectancy is increasing. This creates the need for ongoing physical and mental activity as we age. Living longer stresses social systems many have traditionally relied on to support them in retirement.

Early retirees need to plan 40-50 years into the future. This is impossible to do with any certainty.

Unknown and uncontrollable political and economic conditions will affect future market returns, inflation and taxes. We also can’t predict future health care costs, given instability in our system and uncertainty with our own health as we age.

Pretirement, paired with some degree of financial independence, is an interesting concept that deserves more exploration to address the challenges of modern retirement. However, it is not a replacement for good retirement planning.

Disclosure: Some links on this site, like the Amazon and Pralana links, may be affiliate links. As an affiliate we earn from qualifying purchases. If you click on one of these links and buy from the affiliated company, then we receive some compensation. The income helps to keep this blog going. Affiliate links do not increase your cost, and we only use them for products or services that we're familiar with and that we feel may deliver value to you. By contrast, we have limited control over most of the display ads on this site. Though we do attempt to block objectionable content. Buyer beware.