Inflation is often seen as the termite of the financial world. Gnawing away at your assets over long periods of time, it’s an insidious threat. 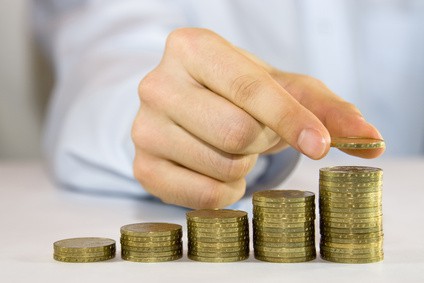 Hard to detect over short time frames, inflation can seriously damage your assets over the long term. It robs your portfolio of much of its growth, and cripples your purchasing power. Or does it?

Recently I worked on a project that had me combing through Quicken transactions from more than 20 years ago to identify key events in family history. I’ve recorded virtually every dollar we’ve spent back to 1990. I couldn’t help but notice the prices we were paying back then. It wasn’t exactly what you’d expect from listening to the mainstream media regarding inflation.…

Next, I noted that we were paying $20 to fill up our cars back then — the cost has fluctuated up and down around that number since. An oil change was about $30. Still is.

I paid $180 for a CD boom box, about three times what one costs today. New music CD’s were costing $15 a piece, similar to what they cost now. Most people now listen to music on their devices, often streamed for free.

I bought a pair of pants and a new suit. The prices looked about the same as what I’d expect to pay today.

So what gives? On the face of it, the cost of living 31 years ago, which I have meticulously recorded in Quicken, doesn’t look all that different than it does today. One area was a bit more expensive, a number of areas look about the same, and some areas — notably electronics — are actually significantly cheaper now.

But, according to the Bureau of Labor Statistics Inflation Calculator, $1 in 1990 should be worth about $2.10 today. The average annual inflation over that time frame was a little more than 2%. Yet, for a random sampling of my purchases, that just isn’t so. What gives?

For much of the last decade, a chorus of voices have pointed out the dangers of inflation. They’ve warned that the Fed’s current policy makes it all but inevitable. I loathe the idea of politicians undermining our money supply as much as anyone. But are we actually seeing that? My personal expense data doesn’t exactly show it.

We all know inflation is real, for some assets, from the stories we hear about what cars or houses cost our parents or grandparents decades ago. But how does inflation apply to other items? And, more importantly, how does it apply to your lifestyle, in recent times? Could you have a personal inflation rate that is quite different from the government’s figures?

First some definitions. Inflation is the percentage rate at which prices for goods and services in an economy increase. If the inflation rate is 3%, then something that costs $100 now, will cost $103 next year, $106.09 the following year, and $109.27 the year after that. Just like a savings account in reverse, the effects of inflation compound over time — not a good thing.

The government uses several different measures for inflation, which may or may not relate well to your personal experience. The most familiar measure is the Bureau of Labor Statistics (BLS) Consumer Price Index (CPI or CPI-U). CPI is a measure of the average change in prices paid by an urban consumer for a certain “basket” of goods and services. The CPI market basket is drawn from eight areas: food, housing, apparel, transportation, medical care, recreation, education, and other. Because the CPI is weighted by the amount of income a typical consumer spends in each area, it also constitutes a cost of living index. The CPI is used extensively to adjust for many factors throughout the economy including government benefits, and tax brackets.

Another familiar measure is Core CPI which takes out volatile food and energy prices. Certain government entities, such as the Federal Reserve, need to use an inflation index that’s less volatile and more a measure of systemic, or long-term changes in the economy. In certain, limited scenarios — such as a short-term supply disruption, the Core CPI might be helpful in filtering out economic noise. But, for most of us, most of the time, a measure of the cost of living without food and energy costs is pretty useless!

Other Measures of Inflation

There are other, non-governmental measures of inflation, some of which purport to be measuring a higher actual rate of inflation. One of the more authoritative, the Billion Prices Project at MIT, based on pricing data collected from hundreds of retailers on a daily basis. It shows a divergence from CPI of as much as about 1.5% over various time spans, but general agreement in direction.

A final measure of inflation from the BLS is of particular interest to us here: the Chained Consumer Price Index (C-CPI-U). This index, which was published beginning in 2002, uses a formula to take into account consumers’ changing behavior in the face of rising prices. On average, when the price of some food item goes through the roof, we don’t continue spending blindly on it. Instead, we substitute.

Perhaps because it is newer, or because it is less beneficial to most constituents, the C-CPI-U is not yet widely used in government programs. The difference in CPI-U and C-CPI-U has only averaged about 0.3 to 0.4 percent in some recent years, indicating that average consumers have limited room to adjust their lifestyle in the face of price increases. Not surprisingly, the Chained CPI may feature prominently in negotiations to restore fiscal stability to key government programs, because it provides statistical cover for politicians to reduce government benefits.

Your Inflation Rate May Differ

Government measures of inflation are likely to impact your income from various government programs. But when it comes to your personal budget — spending to live comfortably in retirement — it helps to have some sense of your “personal” rate of inflation. As in my experience, this could be quite different from the government’s numbers.

Just one reason that your personal rate of inflation could be different from the CPI is that the government weights prices according to the priorities of the “average” consumer. If your consumption patterns are different, your weights will be different. For example the CPI weights housing costs at about 40% of living expenses. If you own your home, or rent a modest place, you may not spend that much on housing.

Related: How Much House Can You Really Afford?

Another reason your experience may vary is geographical. Different regions of the country will experience different rates of inflation, especially for housing, food, and fuel.

Yet another reason for variation is your level of thriftiness, and the timing of your purchases. If you are frugal, hunt for bargains, and buy used, on sale, and out of season — you may not experience the same inflation rate as the average consumer.

Our Personal Inflation Rate… And Yours

Our personal grocery food costs, which I haven’t mentioned yet, are an example where personal inflation rates may defy official figures. Surely ours have gone up in 22 years? It’s hard for me to normalize our data because it starts just when our son was born. I can definitively say that our grocery expenses have gone down by hundreds of dollars a month recently. Why? Well, the first big leg down was when we became empty nesters. But we accomplished another big leg down more recently, just the two of us, by re-focusing on careful shopping and pantry management, and economical, mostly meat-free meals. So we’ve engineered our own personal “deflation.”

Thus there are a variety of causes and scenarios for variations between your personal rate of inflation and the average.

Obviously, for us, inflation hasn’t been as severe a problem in at least some categories of spending as the government and pundits would have you believe. Why?

In the end, watching and optimizing your lifestyle will pay greater dividends than the general wisdom about inflation allows. Clearly prices increase in some areas that we can’t control. (Health care comes to mind.) But in many other areas, inflation can be muted over even several-decade time spans, because technology plus our own behavior give us wide latitude to control it effectively.

[The founder of CanIRetireYet.com, Darrow Kirkpatrick relied on a modest lifestyle, high savings rate, and simple passive index investing to retire at age 50 from a career as a civil and software engineer. He has been quoted or published in The Wall Street Journal, MarketWatch, Kiplinger, The Huffington Post, Consumer Reports, and Money Magazine among others. His books include Retiring Sooner: How to Accelerate Your Financial Independence and Can I Retire Yet? How to Make the Biggest Financial Decision of the Rest of Your Life.]