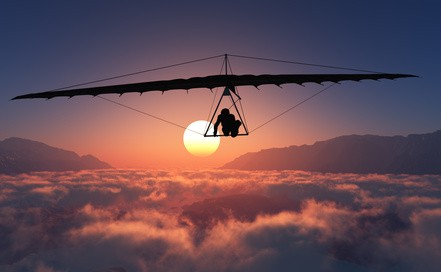 Retirement is an invention of the last half century. Thanks to social welfare programs and longer life spans, more people could look forward to life after a career. But now it’s possible for some dedicated and fortunate workers to put together the assets for financial independence years earlier.

Traditional retirement typically starts at age 65. And “early” retirement has often meant some years before that, in your late 50’s or early 60’s — laid off perhaps. Now we have “extreme” early retirement — retiring decades earlier than most, in your 40’s or even your 30’s.

My retirement at age 50 lies halfway between traditional and extreme early retirement. I have a view into both worlds. Though my lifestyle has been more conventional than the extreme early retirees, my financial strategies and motivation were identical. We all controlled our consumption and bought our freedom from the economic machine far ahead of schedule, thanks to our saving and investing.

Why? So we could follow our hearts instead of a paycheck….

Many of the leading voices for the early retired lifestyle are bloggers: Jacob Fisker, a nuclear astrophysicist who writes the blog Early Retirement Extreme, got interested in anticonsumerism and investing in his 20’s, and was financially independent by 30, thanks in part to a highly frugal lifestyle. He spends just $7,000/year, lived out of an RV for a while, and eschews cars, preferring to walk or run places. He also frequents thrift stores, darns his socks, and likes to cook with a few staples purchased in large quantities.

Mr. Money Mustache was a software engineer who got interested in “optimizing” his financial life the way he had optimized computer code. He lived frugally, perfected a slew of self-sufficiency skills, socked away his 6-digit salary, and retired at age 31. He has a well-appointed home that he renovated himself, but burns less than $100 of gasoline in a year, gets groceries by bike in the Colorado winter, almost never dines out, and provides for a family of three on only about $25,000/year.

Some accuse these extreme early retirees of leading cheerless lives of hardship. But that’s not the reality: These are smart, resourceful people with six and seven-digit net worths. They live life on their own terms, relishing the challenge of maximizing happiness on a budget.

My own early retirement has been marked by downsizing and relocating to our ideal retirement location, with ample time and resources for hiking, biking, and climbing in the mountains. I have no regrets.

But are we really “retired”? Critics claim the term doesn’t apply if you earn any income. Most early retirees do “work” in some creative capacity. We feel that “retirement” actually means a level of financial independence that lets you choose what you want to do each day, without regard for a regular paycheck. Mr. Money Mustache built custom homes for a while, but he and many others have been drawn to writing and mentoring in various forms. Often it’s without regard for income at first. Then the money appears anyway.

Very early retirement goes deeper than money: It’s about actively designing your life, rather than passively accepting the salary and consumption level dictated by the modern economy. Most early retirees I know have purchased their freedom from the economic machine precisely so they can apply their skills to maximizing life instead of profits.

There are three facets to a successful early retirement: First is growing your professional value through education, work, and career development. This is necessary to build the assets to early retire. I was fortunate to earn an engineering degree and enter software engineering at the dawn of the personal computer revolution.

Second is reducing consumption and living below your means, paying particular attention to housing and transportation. This is necessary to retain assets for producing investment income. My wife and I live in a median-priced home, share a modest vehicle, and favor camping vacations.

Third is actively redirecting your skills to a higher calling, once freed from a full-time career. This is essential for long-term happiness. In my case, I had long wanted to write. In retirement, I retooled my software skills for the web, began a blog on saving, investing, and retiring, and published a book.

Many people, on hearing of aggressively early retirement, have one of two predictable reactions: it’s impossible, or it’s irresponsible.

But is extremely early retirement somehow irresponsible, or unfair?

In economic terms, there is nothing inequitable about the lifestyle. Extremely early retirees are reaping the benefits of their labors, just like everybody else. But they’ve earned an accelerated timeline because they’ve reduced their consumption to create investment income. And living off that investment income is ethical to the extent that the underlying investments are ethical.

The early retirees that I know are far from dead weight on the planet. Most soon discover that the “pro-leisure circuit” – a term coined by former hedge fund manager Todd Tresidder who retired at age 35 — is unfulfilling. Many start new businesses that are closer to their hearts. Freed of the burden to generate financial profits, they can generate “profits” based on higher environmental, social, and spiritual values.

But what if everybody retired early? Well, there would be less economic activity, less production and less consumption. The pace of technological progress would probably slow: We wouldn’t need to update our cell phones as often. We’d also have less pollution, fewer stress-related diseases, and less disparity in wealth.

But, for better or worse, there is little danger of a mass defection in the work force. It seems only a small percent of human beings have the odd mix of skills and temperament required for extremely early retirement. These are typically idealistic engineers, tech or finance workers. They are individuals with the talents to operate the economic machine, but with less taste for participating in its fruits. They are the rebels and misfits who would probably be pursuing alternative lifestyles anyway.

Cultivating a valuable skill that allows for accumulating assets, while living a simpler life, is radical in today’s world. If you’re at the top of the earnings pyramid, you’re expected to be at the top of the consumption chain as well. But many early retirees break that mold. And many wind up back at “work,” improving the world in their own way.

Blogging about personal finance has been the greatest professional reward of my life — arguably more impactful than anything I did as an engineer. Not everyone can retire extremely early. But we should appreciate the benefits brought to the world by those who do.

Early retirement embodies the wisdom that ever-increasing wealth does not produce ever-increasing happiness. And it poses the question, “Having acquired the resources to meet my needs, am I now doing what’s best with the rest of my life?”