Why Taxes Matter for Retirement Calculations: The New Law 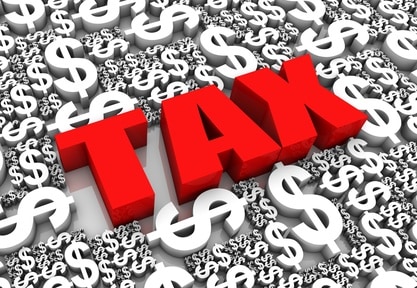 First, many thanks to the hundreds of people who downloaded and tried our new Free retirement calculator for Android, and to those who have purchased the Pro version. We appreciate the support and positive reviews!

We’re committed to making these the very best retirement calculators for Android. In fact, we are planning a significant upgrade within weeks. Also, Apple users, rest assured we have heard you!

In other news, with the end of the year rapidly approaching, and with major new tax legislation expected to be signed into law within a matter of days, taxes are bound to be on your mind along with holiday preparations.

Tax considerations remain a significant aspect of retirement calculations. It’s a rare individual who enjoys thinking about, discussing, or paying taxes. I sure don’t. But my attitude on the matter has undergone a progression during my retirement years.…

My wife and I live modestly, and continue to pay a low effective tax rate in retirement. In the five full tax years since my retirement, our effective rate for federal plus state taxes has remained in the single digits, ranging from about 4% to 9%.

Not surprisingly, perhaps, my first blog post on this subject was Why I Don’t Fret About Taxes. A couple of years later I wrote Roth IRAs and Roth Conversions: Who Needs Them?. The essence of those articles was that frugal retirees in the lower tax brackets like us needn’t expect high tax rates, and were usually under no financial obligation to attempt to optimize or game the system. And I still believe that.

But my views have been tempered and refined somewhat. Last year I wrote One Retirement Number You Can’t Afford to Get Wrong about the difficulty of estimating accurate effective tax rates. At this point I would say that, while taxation in retirement is not a primary concern for frugal retirees, there are still situations and reasons when it makes sense to insist on the most accurate possible tax calculations in your retirement planning.

Here are some of them:

Thus, projecting your tax obligations in retirement can be very important. But, how to do it? When it comes to modeling taxes in a retirement simulation we have essentially three choices: (1) use effective tax rates, (2) use a current tax calculation and then try to project it forward somehow, or (3) identify the subset of the tax code that is critical for retirement, inflation adjust the key parameters, and recalculate for each year in retirement.

That leads us to using a current tax year calculation and attempting to project it forward somehow. This is next to impossible. There are too many moving parts. As your income levels and sources change over the years, your tax calculation will change substantially too. It’s not reasonable to project what your taxes might be 20 years from now, based on what they are today.

The only practical answer for modeling taxes in retirement is to identify the minimal subset of the tax code that is critical for retirement and recalculating that into the future. But even that approach is daunting. It requires a great deal of expertise in the tax law as well as computer software. Even conservative estimates put the length of the U.S. tax code at around 2,600 pages. This is an ideal project for a team effort!

Last year, I collaborated with Stuart Matthews on validating our two families of retirement calculators — Pralana Gold for the desktop, and Can I Retire Yet? – Pro for Android. In order to accomplish that, we had to agree on what portions of the tax law we’d implement. Which rules and parameters and rates are really important for retirement modeling, and which aren’t.

So, what did we decide?

What Matters in Retirement

Based on experience in filing our own personal tax returns, and following in many cases the lead of Pralana Gold, which Stuart has been developing and supporting in the field for the better part of a decade, we had settled on the following essential tax provisions:

We supported a number of different important types of income including, wage, interest, dividend/qualified dividend, capital gain, business, tax deferred withdrawal, and Social Security. And that Social Security income must be treated as partially and incrementally taxable based on your adjusted gross income and filing status.

Next come itemized deductions. The single most important one for most people historically has been for mortgage interest. But other important deductions include real estate taxes, state/local income taxes, charitable donations, and medical expenses — also impacted by an age 65 adjustment.

The central mechanism we must support for computing the U.S. income tax is the tax tables that map a filing status and taxable income to a certain amount of tax owed. Those tax tables are built around the concept of marginal tax brackets, which dictate the percent of tax you pay on the last dollar earned. For accurate retirement projections, we must adjust those tax brackets for inflation each year, to mimic how the government will adjust them in the future.

We also decided to calculate the Medicare Surtax and Net Investment Income Tax. These additional taxes for high earners were part of the financing for the Patient Protection and Affordable Care Act creating Obamacare.

For everyone still working in some form, we handled FICA/payroll taxes for employees, and the self-employment tax for those with their own businesses. As part of this calculation, we also checked the maximum taxable earnings for Social Security and ensured the refunding of any excess Social Security tax paid.

As I write this, the final text of a new law — The Tax Cuts and Jobs Act of 2017 (TCJA) — the most significant overhaul of the tax code in decades — is hot off the press. Expectations are that both houses of Congress will vote on it this week, and the president will sign it into law shortly thereafter.

Nothing is guaranteed in politics, but it seems wise now to start making plans to live under a new tax regime….

Let’s start by identifying the provisions of the new law that would seem to impact near-retirees the most. If you want all the details, I highly recommend the in-depth review from Michael Kitces and the summary from Mike Piper. But, for our purposes, here is my brief overview of the relevant changes, based on those and other sources:

How Will it Impact Your Retirement Plan?

Much has been written, from many viewpoints, on how the new tax code will affect different segments of the population. Some impacts seem obvious. But others may not be.

Also understand there are many details of the new law yet to be worked out in regulations and practice. And Congress might well pass a Technical Corrections Act in the future.

We traditionally sidestep politics on this blog and focus on dealing with the financial world as it comes. So, that brings us to estimating our own personal tax liabilities going forward into retirement, and planning accordingly. How will the new law affect you, and how will you figure that out?

Well, legions of tax software developers and financial pundits will be spending much of this holiday season updating their products, books, and posts. And Can I Retire Yet? is no different. We already have the hood up on our Pro retirement calculator and are putting in extra hours to support the new tax law ASAP.

Fortunately our code base was designed with a strong infrastructure for handling such changes. In fact, our plan is to include an option so that you can run retirement simulations using either the old or new law. This unique feature would let you easily see and compare the differences for the entirety of your own retirement!

So, if you’re an Android user, keep any eye out here and on our Google Play Store page for news. To get a head start, you can download Can I Retire Yet? – Pro now and learn how to use it with our helpful videos. Future updates are automatic and free.

Or, if you want a simpler approach, get the free version of Can I Retire Yet?. Either way, you’ll get insights into your retirement plan, and start building the knowledge to deal with the new tax code…

Note: For many years, Pralana Consulting and Can I Retire Yet? were engaged in an informal technical collaboration aimed at raising standards for accuracy in retirement modeling, with no business relationship. However, as of January 2020 we have an affiliate relationship. That means, if you purchase a Pralana product here, a portion of the sale goes to support this site.