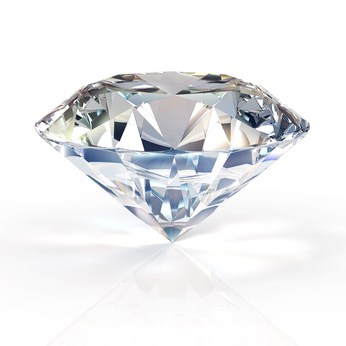 It’s safe to say that most of us in line to become financially independent or retire early do not lead lives of luxury. For example, I shave with bar soap, buy socks at Walmart, don’t pay for cable, and still don’t own a Smartphone. I’m just a life-long cheapskate who’s been privileged to splurge in a few areas.

Frugality is a necessary baseline for most who build wealth. But does this mean that luxuries are bad? And what exactly is a "luxury" anyway? Could it be different for different people?

The dictionary tells us that a luxury is "something inessential, but conducive to pleasure and comfort." But that definition leaves quite a bit of room for interpretation.

To be essential is to be close to the essence of something, inherent, almost a part of it. What is truly essential to human life? Water, food, clothing, shelter, companionship…. It’s a short list. And, at least in the developed world, easily or freely obtained by most of us. Does that mean that everything else — from bicycles to BMWs, from ginger spice to ice cream, from watches to iPhones — is a luxury? Perhaps.

When it comes to evaluating an expense for the kind of frugal living that leads to financial independence, I think it’s more useful to focus on the following three factors, rather than on whether something is a "luxury" or not by somebody else’s standards:

Take cars, for example. The core function of a vehicle is to transport you, and some of your stuff, from one place to another. Onboard navigation systems, iPod integration, rearview cameras, and 400 horsepower with paddle shifters really are supplementary to that goal! However, corporate marketing machines have been pretty effective at creating "artificial" functions for your vehicle, such as enhancing your self image, or rewarding you for having "arrived."

When we bought our Prius in 2007, we wound up with the Touring model because it was already on the lot, in the color we wanted, and the dealer was willing to negotiate aggressively on price. What made it a "Touring" model? Alloy wheels with slightly larger (and harder to find and more expensive) tires, and a slightly larger rear spoiler. Utter foolishness — since discontinued by Toyota. I’m glad we didn’t pay more for these "luxuries," which turned out to be slight liabilities, in this case. But we do love our Prius — primarily because it has been cheap, functional, trouble-free transportation.

Take our 2006 camper van. If purchased new (we got ours used, of course), it would cost as much as a BMW 7 Series sedan. Is our camper van a luxury vehicle then? Maybe, maybe not. It’s a lot slower, noisier, and harder to drive than a BMW sedan. We’re somewhat less comfortable in it than we are in our full-size house or even a hotel room. On the other hand it’s a lot more comfortable than camping in a tent or pop-up trailer. And, by letting us cut lodging costs and prepare our own food on the road, it enables a mobile lifestyle and long, inexpensive vacations that have been steadily earning back the initial cost.

Luxuries are fun. They make life more pleasurable and comfortable. In a world of infinite resources — time and money — most of us would add all the luxuries we could, on top of life’s necessities. But, alas, we only have so much money, and so much time to learn, maintain, and play with our stuff. So, for each purchase, we need to decide: Is this truly valuable to me?

And, how do you know that? Ask yourself a few questions: How many hours do I have to work to afford this? How many hours will I use it? Will I still benefit from it a year from now? Is there a better way to spend my money?

The primary luxury in my life for many years, until it was stolen last summer, was my mountain bike. I rode a near-competition-level model from a small, trendy U.S. bike manufacturer, outfitted with top-of-the line components. Though I got a deal on it from a friend in the business, it retailed for what would be a generous month’s pay for many. Outrageous to spend that much on a bicycle, right? Yet I never once regretted this luxury in my life. I could easily afford it (in part because we own so few other luxuries) and it gave me riding confidence on countless exciting backcountry adventures with my teenage son. When it was stolen, I was content enough to replace it with a recreational-level bike at less than one-third the cost, because I no longer valued the luxury in that area of my life.

That brings us to a final question for evaluating luxuries in your life: Can you afford it? The issue with luxuries isn’t that they are inherently evil, or inappropriate. The problem is when you develop habits to the point that expensive luxuries become necessities, or you want them in all areas of your life.

Take the well-worn "latte factor." It’s hard to find a personal finance web site without either an article or calculator showing you how much you could save toward retirement if you swore off expensive coffee drinks.

Well, I have a confession. We like high-end coffee shops and bakeries. Sometimes (usually on vacation), we go to them. But we’ve never lived near one, so it’s never been part of our daily routine. A few times a quarter, when we are traveling away from home, it’s a fun splurge. And it’s never enough money to be more than a blip on our monthly spending. We could probably even afford a latte a day if we wanted, but then that would start to crowd out other potential luxuries. And coffee just isn’t that important to us.

So, when thinking about the expenses in your life, ask yourself these three questions:

When you spend money, you choose consumption today over the lifetime of interest income you’d achieve from investing it instead. The total amount of money you spend on consumption plus the forgone interest earnings adds up to the real cost of spending. This number is much higher than you might expect! That’s because of compound interest.