New Social Security Rules: Do You Need a Calculator? 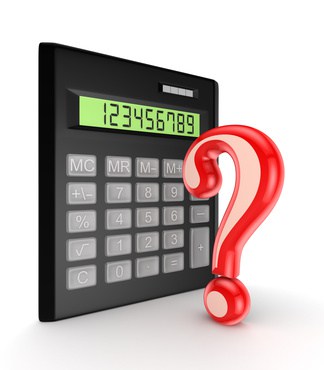 The only constant is change. Do a little retirement planning, and you’ll soon bump into that truth. Earlier this month the U.S. government gave us another reminder: The Bipartisan Budget Act of 2015 made some of the most significant changes to Social Security benefits in years. Lawmakers unexpectedly tacked the changes onto an emergency measure to avoid a U.S. debt default, catching many observers by surprise. Though, since Social Security is a primary driver of U.S. debt, maybe we should be grateful our contentious government could muster some progress on its longstanding financial issues….

So, what has changed? The “file and suspend” and “restricted application” claiming strategies, obscure and complex options once available to two-earner couples, will soon belong to the past. These strategies were an unintended consequence of a law passed in 2000 to encourage working during retirement. They might have remained vague technicalities but for the introduction of software and books aimed at “getting what’s yours” out of Social Security. The loopholes grew in popularity.

An analysis by the Boston College Center for Retirement Research calculated that if all eligible couples used the strategies, it would cost Social Security about $10 billion/year. The Committee for a Responsible Federal Budget called them a loophole that “achieves no policy goal, and appears the result of a historical accident.” Lawmakers apparently agreed, and axed these strategies as part of the recent budget deal.

What exactly were these strategies and what was the payoff for couples who took advantage of them? Let’s take a quick look at the old law, before we assess the new landscape for Social Security claiming….

Anatomy of the Old File and Suspend/Restricted Application Strategies

I was familiar with these strategies before the recent changes. And now I’ve read a dozen new descriptions of them, and the changes. Yet I’d still have a hard time explaining them off the top of my head. I can’t escape the feeling that the government initially created a fistful of rules to do the work of a few, and has now layered more rules on top of the original gaggle! A detailed written summary would take a page and would probably put you to sleep in the process. So we’ll keep it brief….

In essence, the old law allowed one spouse in a working couple to file for Social Security in a way that gave the other spouse access to their “spousal” benefit at full retirement age. This other spouse would then collect that spousal benefit for up to four years, until age 70, while their own retirement benefit was suspended and growing by 8% a year. At age 70, this other spouse would then switch to his or her full benefit. Thus, by submitting the right paperwork in the right sequence, you could gain up to four years of spousal benefits at no cost.

With the new law, Congress has killed off the ability to collect spousal benefits while still earning delayed retirement credits. The new “deeming” rules prevent you from filing for just spousal benefits while leaving your own benefits untouched, even beyond full retirement age. And the new “suspension” rules prevent you from suspending your own benefits without suspending the benefits to others based on the same earnings record. Thus the old file-and-suspend and restricted application strategies for the purpose of generating “free” spousal benefits, no longer work.

That’s most of what you and I and most people need to know about the new rules. I don’t pretend to be an expert on taxation or Social Security. If you need to know more on the details and timing than my broad, non-technical summary, then please consult the experts who make it their business to understand the government’s arcane regulations:

Two of my favorites are Michael Kitces, whose detailed article was one of the first and most comprehensive on the recent changes. And Mike Piper, whose concise post is one of the most readable.

on this subject. It’s well worth the low price to get a handle on your Social Security options. Just note that he is hard at work on revisions to the book, bringing it in line with the new law. Keep an eye on his blog for related announcements.

Delaying is the Payoff, the Rest Was Icing on the Cake

Are the new rules a catastrophe — as some pundits have suggested — for hard-working Americans dependent on Social Security for a secure retirement? Hardly. To quote leading retirement researcher Wade Pfau, “While the news is certainly not going to be pleasant for anyone, I’m confident there will be very few retirement plans which are seriously derailed.”

Yes, a few parties will be harmed by the new rules — the merchants of complexity who peddle services for optimizing Social Security, plus some generally well-heeled couples with a bent for personal finance. The wealthy and the well-informed. But most Americans won’t notice and won’t care. Although they will be helped, in the long run, by the cushion being added to Social Security thanks to savings from the closed loopholes.

What are the few losing? What was the actual lifetime benefit from the old file-and-suspend and restricted application strategies? I’ve seen estimates from about $50K-$67K in the best case. Though, when I ran the numbers in our own case, it was only about $18K. Sure, that’s nice money, but it’s trivial compared to the total lifetime Social Security benefit, which can surpass $1 million for a typical working couple.

Experts of all stripes are using the recent publicity to tout the most important SS claiming strategy of all: simply delaying your claim for as long as possible, preferably all the way to age 70 if you have the cash flow to afford it. This strategy is more important than ever, now that the tricks for enhancing spousal benefits have been eliminated. The major payoff was always from waiting longer, not from playing the loopholes.

So, if there is one simple Social Security strategy you can still take to the bank, it’s that delaying benefits, if you can afford it, will deliver the best longevity insurance on the planet. Says Wade Pfau, “It used to be a closer call, when people didn’t live as long and when interest rates were higher. But these days, I think the math is clear: People should delay claiming when possible.”

Do You Still Need a Social Security Calculator?

So, the main benefit of detailed Social Security analysis was always in learning to delay your claim, not from implementing a complex claiming strategy.

And we’ve all just had a real-life lesson in “political risk” dumped into our laps. Despite our best efforts to plan ahead, the rules changed. That’s why it will always be extremely difficult to perform accurate long-term retirement planning. And that’s why I generally choose to keep the math simple and stick with broad principles instead of brainy strategies.…

In reference to the new law, Mike Piper says, “there are no clever strategies available for ‘free’ spousal benefits. And that means the when-to-claim decision(s) are much simpler.”

Yet there is still merit in planning ahead, to the best of our ability. That’s why I’ve put so much effort into reviewing the best retirement calculators on this site.

So, with some of the complexity around claiming Social Security gone now, do you still need a Social Security calculator? Possibly. Even if the law has been simplified, you’re still faced with a difficult decision: In the face of an uncertain lifetime, how do you optimize your claiming strategy?

Most people, even those with relatively simple financial situations, are torn between two goals: maximizing their lifetime benefits in case they die early, and maximizing their monthly benefit to protect against living unexpectedly long. And there are people whose financial situations are complicated by factors such as uncovered pensions, divorce, remarriage, spouses of substantially different ages, disability, survivorship, and working during retirement.

The bottom line, given all these variables, is that there are still good reasons to run a dedicated Social Security calculator, to ensure you’ve reached the optimal claiming solution. The cost is very low, given the potential benefits. You can sign up for either of the two leading commercial Social Security calculators for less than $50 for one year of access. I’ve signed up for both. With more than $1 million in lifetime benefits at stake for many of us, it seems a small price to pay for peace of mind.

And, in my next post, I’ll compare those two leading Social Security calculators both before and after they implemented the new rules. Fortuitously, I was already in the middle of reviewing them, when the new law came to pass. That puts me in a unique position to compare how the two offerings deal with the recent changes, using my real-life scenario before and after.

So exactly how did our personal financial picture change? And, what are the implications for yours? Stay tuned…