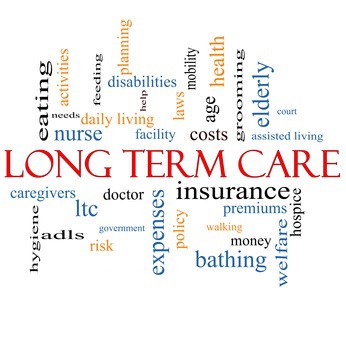 The long-term care insurance (LTCI) debate is chock-full of misinformation. Frightening statistics on nursing home care abound: The costs are huge, the odds are high. It apparently adds up to one conclusion: The long-term care decision is critical to avoiding bankruptcy in your retirement. At least, many financial planners and insurance salespeople would like you to think so.

Here is the typical sales pitch: “Long-term care is expensive. Most people will need it. Buy insurance and you’ll have no worries.” It sounds compelling, until you dig into the details.

LTCI does have some benefits. It can leverage your money for certain health care scenarios. But, according to my analysis, that leverage is on the order of 2-3x, not the more extravagant ratios sometimes claimed by insurance agents. And, as I’ll shortly discuss, LTCI does not protect you from the worst-case scenarios, nor does it remove every worry in other scenarios.

LTCI does have some tax benefits — you can generally deduct premiums as a health expense. Though the actual savings will depend on your tax bracket and other available deductions. Also, buying LTCI can protect some of your assets, an amount equal to the total benefit paid, from spend-down before you can become Medicaid eligible. (Called “Partnership” policies.)

Perhaps the most significant benefit of LTCI, in my view, is that it serves as a form of enforced saving for folks who wouldn’t otherwise preserve a pot of money for their long-term care. However, there is a price….

Buying an expensive product that you won’t use for 20-30 years, if at all, is risky. The risk compounds with this startling fact: Your LTCI premium is not guaranteed! That’s right. The insurance company could raise your premium at any time in the future. Thus, there is no way to value your policy! You really don’t know what you’re buying. For me, this is a deal-killer. Scott Burns concurs: “The insurance company raises your premium after you have paid in for many years…. I believe it happens too often to make LTC insurance a reliable solution to the problem of long-term care.”

The other gaping hole in LTCI, in my view, is that it is difficult to insure against the worst case. Lifetime policies are no longer generally available. Agents typically recommend policies covering 3-4 years of long-term care as the best value. But that’s not enough to protect against the worst scenarios: dementia or Alzheimer’s. Money recently reported, “Half of all claims are triggered by care associated with dementia.” The Center for Retirement Research at Boston College reports, “men and women have a 2 percent and 7 percent chance of spending more than five years in care.” One possible, partial solution: couples can buy a policy that allows sharing benefits.

If you decide LTCI is for you, buying it is more complex than other forms of insurance. The health-related underwriting requirements are rigorous. You can’t just go to a web site and generate an automated quote in a few minutes. Every Internet source I tried for LTCI funneled me to a human agent, before I could get hard numbers. Why is this? Partly I think it’s because the policies are complex and need to be “sold” rather than “bought.” But the main reason, I suspect, is the prequalifying process. My understanding is this: You don’t want to go on record with a detailed health history and then be rejected for LTCI. That could prevent you from being accepted by any other insurance company. Rather, an agent will gather your health history informally, then “shop it around” the underwriting departments of the various insurance companies, anonymously. Presumably, this gives you a better shot at acceptance. It also, unfortunately, creates another layer of bureaucracy, and probably expenses.

Insurance agents are a friendly, optimistic, “can-do” bunch, in my experience. Unfortunately, as a rule, they aren’t much for math. They prefer to sell you on a vision of comfort and security. When shopping for LTCI, you’ll hear various rules of thumb. Usually it’s said that if your net worth ranges from some low 6-digit value up to some low 7-digit value, “you need LTCI.” But, having run the numbers myself now, I suspect such rules of thumb are based less on financial analysis, and more on casting a wide net for potential customers.

Insurance agents like to tell you that buying LTCI can “protect your assets,” as if you don’t have to use a significant portion of your assets to buy that insurance in the first place. Or they’ll tell you that by not buying LTCI you are putting all your assets at risk. But many financially independent retirees can afford to self-insure for a few years. And there is currently no economical insurance product that will completely eliminate risk in the longer, worst-case scenarios.

If the emotional arguments don’t work, agents will start throwing numbers at you. One came up with calculations showing that in 30 years I’d be eligible for a long-term care benefit that was 7 times the premium I’d paid. But that ignored the lost investment growth on my premiums. In fact, the future value of my benefit, if I used it all, would be only a little over 2 times the value of all the premiums I had paid in.

I was also quoted this dubious statistic: “the average need for long-term care is 4.5 years, after needing care for one year.” Do you see the fallacy here? How many people need even one year of long-term care? I’ll explore the answer in my next post, but relatively few, it turns out. The Center for Retirement Research warns, “Previous models of care usage appear to understate the risk of going into care and overstate the duration of care for those who require it.”

So the LTCI decision is fraught with misinformation. Remember that insurance industry sales pitch: “Long-term care is expensive. Most people will need it. Buy insurance and you’ll have no worries.” The first two statements are generally true, but insufficient. They leave out the critical data point of how long, on average, you are likely to need long-term care. And that’s what really matters in the analysis to come.

The final part of the pitch, “Buy insurance and you’ll have no worries,” is wishful thinking. Understand that when you buy LTCI, you are only guaranteed a certain dollar benefit down the road, should you need care. There is no blanket protection. You’ll still have plenty of worries after buying LTCI: Will I use enough of that benefit decades from now to justify the ongoing expense? Will I get dementia or Alzheimer’s and use it all up anyway? Will my premiums go up in the meantime, forcing me to cancel the policy when I most need it? And, even if you have a policy in effect when you need it, readers have told me that the process of filing claims is a virtual part-time job for one competent family member.

The crux of the matter is that long-term care turns out not to be the kind of low-probability, high-cost risk that typically makes sense to insure. In fact, in most cases, it’s the opposite. And that means the value of LTCI is far from clear. As the Center for Retirement Research finds, “If nursing home care is a high-probability but relatively low-cost occurrence, models that treat it as a lower-probability, high-cost occurrence may overstate the value of insurance.”

In my next full post, I’ll sift the numerical wheat from the chaff, identifying the minimal information you need to analyze LTCI costs and benefits. I’ll run the numbers on actual quotes I received. And I’ll explain our decision not to buy.

In our house, the debate on long-term care insurance is over.