Is the 4% Safe Withdrawal Rate Obsolete? 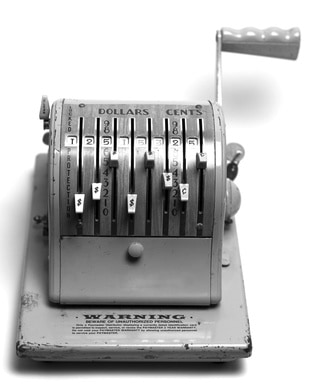 One of the first questions that comes up when looking at modern retirement is “How much money do I need to save?” Amazingly, there was little hard research aimed at answering this question until about the mid-1990’s. Some of the first answers were shown to be overly simplistic, but for the last decade or so we’ve enjoyed relative consensus around the easily understood 4% Rule. That rule says, in essence, that you must save about 25 times your annual expenses, or that you can withdraw about 4% of your portfolio in the first year of retirement and then adjust that amount for inflation each year, with little chance of running out over a 30-year retirement.

But the era of the simple 4% Rule may be drawing to a close. We are now hearing from some respected voices that it, too, is rigid and simplistic — relying too much on historical data, and not enough on current financial conditions. Most alarmingly, we are being told that it might be too generous for these extreme economic times, that the actual safe withdrawal rate for today’s retirees could be less than half of the traditional 4% rate. If true, that would mean you must save twice as much!

The average worker’s retirement is already woefully underfunded. Federal Reserve data analyzed by Boston College indicates that retirement accounts have less than 25% on average of what is needed. So this news pushes the goal line well down the field, and possibly out of sight.…

It’s a shocking development, and one that we all need to take seriously. But, before we evaluate this news further, considering its possible impact on us, and looking at actions we can take to cope, let’s review the history of the retirement withdrawal models that brought us to this point.…

The Layman’s Method — We’ve all heard that stocks have delivered total returns, on average, of approximately 10% annually over the last century. The obvious conclusion by an uninformed layman would be that you can consume 10% of your portfolio in retirement each year. For example, you might spend $50,000 annually from a half-million dollar portfolio. This was actually the conventional thinking when I first started looking at early retirement about 20 years ago. Unfortunately it is dead wrong, for a number of reasons, first because it doesn’t take into account inflation.

Considering Inflation — When we say the long-term return for stocks has averaged 10%, we must not forget that a portion of that “growth” is actually inflation in the unit of measurement — the dollar itself. The long-term inflation rate in the U.S. has been in the neighborhood of 3%. (I’m rounding all numbers for simplicity.) So the actual growth in the stock market has been more like 10% – 3% = 7% in real (inflation-adjusted) terms. Thus, for the purposes of withdrawing a sum with constant purchasing power in retirement, we can only use 7% of our portfolio in the first year, if we are to account for the fact that our expenses will be growing with inflation too. So now our retirement purchasing power is down to 7% of our portfolio. Unfortunately this number is still dead wrong, because it doesn’t take into account the possibility that bad things could happen in the stock market at the start of our retirement.

Insuring Against Sequence of Returns Risk — The two previously described, simple-minded analyses make a fatal assumption — that stock market returns will be “average” each year. Anybody who has lived through the last few years knows that isn’t so. For example, the Dow Jones Industrial Average, in just the last four years alone, has delivered one year of single-digit returns, two years of double-digit returns, and one year of negative double-digit returns! Anything but average, or consistent. So what happens if you experience some of those grossly negative returns in the first decade of your retirement? We won’t go into a detailed mathematical analysis, but it’s not too hard to see that your portfolio would be damaged and might be unable to provide for you in the future. This is sequence of returns risk. And insuring against it, requires lopping a few more percentage points off the safe withdrawal rate.

The first person to quantify that required insurance was William Bengen, in 1994. He eventually coined the term SAFEMAX for “the highest sustainable withdrawal rate for the worst-case retirement scenario in the historical period.” He searched for it using historical data over rolling 30-year periods, and found that, for a 50/50 allocation to stocks and bonds, the value was 4.15%. This was the start of the 4% Rule.

Four years after Bengen’s work, in 1998, an article appeared by three Trinity University professors of finance, since dubbed the “Trinity Study.” The professors chose a different bond index for their balanced portfolio, and they produced some handy tables of portfolio success rates for different withdrawal rates, time horizons, and asset allocations. But otherwise their findings where essentially the same: portfolios of at least 50% stocks had 95% or higher success rates for periods up to 30 years when using a 4% withdrawal rate, adjusted for inflation.

Thus began the simple and seemingly sound 4% Safe Withdrawal Rate, which has ruled retirement planning for more than a decade.…

Also published in 1998 was a seemingly unrelated paper on investing returns that has become the basis for undermining the 4% rule nearly 15 years later.…

Their findings fit the intuitive notion of “mean reversion” — the observation that a series of measured values (stock prices and returns in this case) will generally return to their average, over time. (No winning streak lasts forever.) Campbell and Shiller asserted that the stock market was at an extreme by their measure and would inevitably fall back to its average performance, as opposed to moving into a new range. They further asserted that their ratios were especially accurate, compared to other stock-forecasting statistics, because there is such a long series of data available, and because they are based on professional evaluations of the fundamental value of businesses, not predictions about the future.

The ultimate conclusion of Campbell and Shiller’s analysis in 1998, and now, is that we should expect substantial declines in stock prices and real stock returns in the future.…

But, why should we accept Campbell and Shiller’s predictions for the future, and what does their work on valuations have to do with the 4% Rule?

Well, in August 2011, researcher Wade Pfau published “Can We Predict the Sustainable Withdrawal Rate for New Retirees?” where he used Campbell and Shiller’s technique and connected past sustainable withdrawal rates to market valuation levels on the date of retirement. In other words, he showed that allowable withdrawal rates for portfolios were highly correlated to the level of the stock market at the time of retirement!

This is very interesting, because it’s not possible to compute a sustainable portfolio withdrawal rate over a 30-year retirement, without 30 years of data. However it is possible to compute market valuations on the day that retirement starts. And Pfau used these relationships with a regression model to predict the maximum sustainable withdrawal rates for retirees going forward.

Or, to quote Todd Tresidder, whose comprehensive article “Are Safe Withdrawal Rates Really Safe?” has done much to publicize this topic: “Don’t believe that 100+ years of U.S. economic history is as bad as it can get. The past is not the future.”

So where does that leave us? Pfau’s conclusion is a potential bombshell for anybody recently retired or looking to retire. He’s essentially saying that modern retirement could be twice as expensive as we had planned. What are we to make of this?

Given the reputations involved, and the theoretical and intuitive underpinnings to basing safe withdrawal rates on market valuations, we’d be wise to take Pfau’s conclusion very seriously. Any potential threat to the sustainability of your portfolio warrants erring on the side of caution.

But there are some issues to be resolved first, before we conclude that a new era of retirement planning has arrived. This research is relatively new and there is still room for questions. Here are a few:

For those who are puzzled by how relatively short-term changes in stock market valuations could fundamentally change long-term retirement success rates based on 100 years of stock market history — there is an explanation. The issue lies in the sensitivity of your portfolio to the first decade of retirement. Analyses show that if your retirement gets off to a bad start, it will probably never recover. So, even if you don’t believe that the long term rules for retirement have changed, if you have reason to believe that high valuations could impact your first decade without a paycheck, caution would be advised.

Conclusion: even though there are questions to be resolved, be forewarned that bad retirement news may be on the horizon. Fortunately, retirements don’t happen overnight, so there is time to prepare.…

If Pfau’s conclusion becomes generally accepted, and I expect that it — or some other conservative downgrading of the 4% Rule — will be, then we have to ask ourselves, what next?

The answer lies in the same three strategies discussed in my article on Accelerating Your Retirement. Either we must save more, spend less, or optimize how we manage our money. And, when it comes to withdrawing from a portfolio to fund a multi-decade retirement, I think that the last point — optimizing money management — holds particular promise.

Traditionally, there have been two applications for the Safe Withdrawal Rate. The first is in asking the question, “How much do I need to retire?” And the 4% Rule produced the common rule of thumb that you should save 25 times your annual expenses. I still think that is a good guideline for a retirement nest egg, IF it is not the only thing between you and destitution. That is, if you can count on some baseline of Social Security, pension, or annuity, and you are retiring at an age where you have options for returning to work, or part-time work. Those resources give you many choices for optimizing your future finances. So I think the simple 4% Rule is still a reasonable metric for those with flexibility.…

The second application of the Safe Withdrawal Rate has been in actually living off your assets AFTER you have retired. Here I think the old rule 4% Rule is, in fact, obsolete, and may have been obsolete for some time. It is far too static, and, as we have seen, possibly unsafe. Followed blindly in today’s market conditions, it could wipe out your portfolio long before the end of your life. Fortunately, most retirees instinctively reduce expenses when times are hard, and that instinct is now more important than ever. But it may need to be quantified.…

The ultimate answer, I believe, for coping with the possible demise of the 4% Rule, is a Dynamic Withdrawal Strategy. Your withdrawals simply must be calibrated to economic realities and must change as you make your way through retirement. This is a large and very important topic of its own, and will be the subject of future posts here, so stay tuned!