Having Kids vs. Retiring Earlier 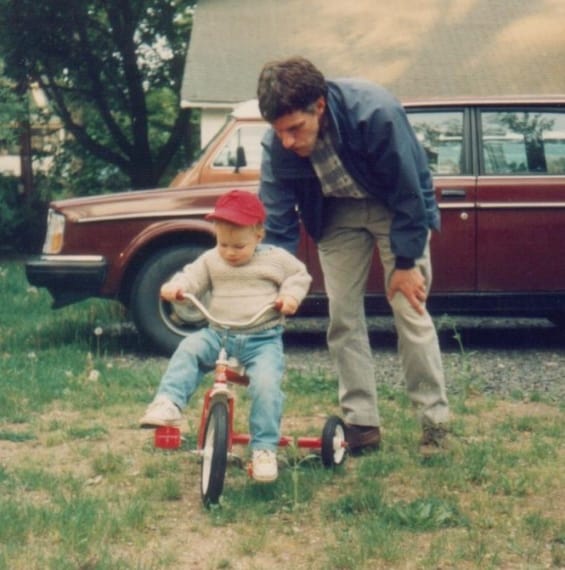 How does raising children impact the journey to financial independence? If you choose to have a family, does that mean you’ll be working forever? Does electing to have no kids, or fewer kids, supercharge your way to wealth? And, should the desire for early financial independence even play into decisions about if and how many children to have?

Raising a family is an almost instinctual decision for some people. But for others it’s a complex weighing of subtle factors including the joy of children, the work required by children, the cost of children, and the security provided by children. In the end, the decision to have kids or not, and if so, how many, is an intensely personal matter.

I wrestled with this topic earlier in life, before I made my peace with it. At that time, I wasn’t very interested in anybody else’s advice. So I will hesitate to counsel anybody on what they should do now!

But I can talk about what we did, and what I’ve seen others do. And I can discuss the implications for your bottom line, and your state of mind, of whatever decision you do make. Then perhaps some other readers with their own life experience will add their wisdom below….

We all know kids aren’t cheap. But, how much does it actually cost to raise a child?

If you invested what the average higher-income family spends on a child annually over 18 years at a 5% return, you’d have about $660,000 at the end. So, after a couple decades, a disciplined couple could probably retire on what they would save by foregoing a 2-child family. (Only they could decide whether it was worth it.)

How much did it cost us to raise our only son? Because I’ve been logging our transactions in Quicken for more than 20 years, I can reconstruct many, though not all, of the costs. From what I can tell, our expenses were in line with the government estimates above, though our breakdown is quite different.

Quicken reports about $32K in “personal” expenses related to raising our son in the first 18 years of his life. And, based on our overall food expenses, I estimate his share of groceries at something like $72K. But the biggest item, for us, was his education.

We moved to Tennessee before he started kindergarten and were there through high school. Tennessee saved us in housing, taxes, and other costs of living. But it cost us in education. We found the public schools adequate for only a few of his years. The other years we enrolled him at various private schools, at a total cost of about $153K. It was money well spent, but it brought our total child raising costs that I can accurately track to about $257K. And this figure still does not include transportation, insurance, medical care, or housing. So it’s likely that our total child raising expenses approach the government figure for higher income families.

(If you’re interested in a more accurate estimate of your own expenses, you can try the USDA Cost of Raising a Child Calculator. It’s also based on the “Expenditures on Children by Families” report. The calculator allows you to control a number of key variables including the number of children, your region of the country, and your household income. It then calculates each major budget category and a total.)

The cost of raising kids to adulthood is high, but it doesn’t stop at age 18 for many of us. In fact, one of the biggest variables in your childcare budget — a college education — comes next.

According to the College Board, for 2013-2014, annual college education expenses including tuition and fees, room and board, books and supplies, transportation and other expenses range from $22,826 on the low end for public colleges (In-State) to $44,750 on the high end for private colleges.

Of course there are many ways to reduce college costs, starting with savvy college shopping, then including student aid, scholarships, and part-time work.

As for us, our son earned a large 4-year scholarship to a public university, plus worked most of his semesters and summers. So he paid for the vast majority of his own college education. Quicken reports that during those years we contributed about $15K in personal expenses and about $21K in education expenses. Though it was not a trivial sum, it didn’t compare to the investment we made in his early years.

Aside from the expense, the other key impact of college on early retirement is that it is likely to remain a variable until very late in the game. The ultimate cost of college will probably be a function of your child’s developing personality, skills, and interests up into the last year or two of high school. Couple that with a volatile economy and changing financial landscape for higher education, and it is extremely hard to predict what college will cost, until it’s underway. (While my son was in high school, I created a number of spreadsheets to analyze every possible college alternative I could imagine — none of which came to pass in the final reality.)

Thus, though I was increasingly focused on retirement by my mid-40’s — really wanting out of my corporate job — I wasn’t able to target a definite retirement age because of two major variables: stock market performance, and my son’s college education. I had to be patient. It wasn’t until he was halfway through college that we had the visibility and confidence that we’d be OK if I pulled the trigger.

It’s probably no surprise to learn that raising kids is expensive, and the more kids the more expense. If financial independence were your only goal in life, you’d get there faster by foregoing a family.

The majority of the early retirees that I know personally have either one child, like us, or no children. But I wouldn’t turn that into a rule. I suspect that the majority of us made our family decisions based on lifestyle and personal factors before money. And what is right for others in such a personal area, surely may not be right for you.

There are always exceptions. Today’s economic system makes it possible for a select few to earn the money required to support a larger family and still retire early. And large families

, especially of the past, are famous for living frugally. After all, many family activities are inherently cheap: going to a park or playing games, compared to exotic, and expensive, adult pursuits.

How much did financial considerations figure into our family history? Frankly, not that much. We have always lived prudently and looked at life through a frugal lens. Other than that, money played no specific role in our thoughts about children. We were financially comfortable, and simply did what we thought would make us happy. And, to be honest, those decisions were made almost a decade before early retirement even appeared on my radar.

I suspect most people are the same way: They make gut decisions based on near-term happiness, without necessarily taking into account every possible financial and logistical implication. Prudence is advisable: trying to raise a large family on a minimum wage job is probably bad for the parents, the kids, society, and the planet. On the other hand, yuppie couples with dual six-figure incomes may have more time and money to raise kids than they appreciate. But, in general, I think people make decisions about children based on their personal values, and feelings, not logic.

If pressed for advice, I would suggest that somebody decide about children based on the merits, and then take into account their goals for financial independence. Adjust their financial trajectory after they’ve decided on the more important things in life. Money is replaceable in the long run; children are not.

Any path you choose in life will hold unexpected gifts. Fatherhood was difficult for me at first. It took some time to grow into the role. But, ultimately, it led to personal growth, great satisfaction, and some of my happiest days. And, I actually reached financial independence sooner, because I had a son.

That’s right. As explained in How I Retired Early, the apparent sacrifice I made in selling my small company to ensure financial stability for our new child, led to a steadily rising salary, benefits, and bonuses as part of a thriving larger company. So our current financial independence can be traced, in large part, to a savvy career move precipitated by our young child.

Whether we’re talking children, or any other major life decision, don’t throw away opportunities that could be the highlight of your life, based solely on financial factors.

I did retire early, and I have a great life now. But, even with all the freedom of financial independence, here’s the honest truth: The days of working a regular job and raising my son were among the happiest of my life. There was purpose, adventure, and joy in those family years that are harder to find at later stages in life.

So, in the end, I have absolutely no regrets about raising a child, even though it might have meant working longer. When I look back now, I know those were great times.

Children and money are personal and individual. You’ve just read about one of many possible paths. What’s your perspective? How do you see the tradeoff between kids and financial independence? Did you, or will you, have kids? And how has that impacted your road to wealth?