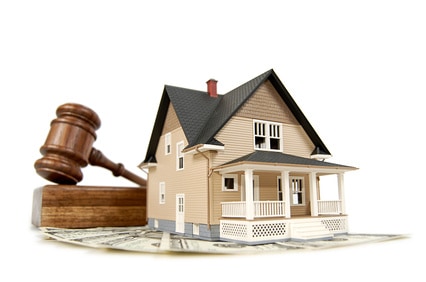 Major life changes are inevitable, but they are often costly. To retire early and well — in some cases even to retire at all — it is critical to avoid the financial equivalent of a major detour or train wreck.

I’m talking here about expenses in the tens of thousands of dollars that can completely derail your savings plan. For most earners, that kind of money will take years to recover and will inevitably impact your confidence and determination to become financially independent.

That’s a scenario to be avoided at all costs. Fortunately, two of the largest potential life changes are avoidable for many….

Let’s start with a common, large change: moving between houses.

I grew up in a military family and was accustomed to moving every few years. I kept that wanderlust into at least my early 30’s. I had few possessions, and rented, so the trouble and expense of moving were manageable. Then I married, and we bought our first house, and had a child. Our next move was punishing — we had to hire professional movers for the first time, and, because of market conditions in our town, were forced to sell our house at a steep loss. (My employer generously defrayed our expenses.) We moved two more times over the next few years, between rentals, then we bought another house and stayed put for more than 15 years. In retrospect, that final settled destination was an enormous help in growing our assets and retiring early.

Based on our early moving experiences, I’ve kept a $20,000 cost figure in mind as a disincentive to relocating. Sound outrageous? According to a recent article in SmartMoney, the rule of thumb for closing costs to a home buyer is from 3% to 5% of the purchase price. For a relatively modest $200,000 home, that could mean as much as $10,000. The seller doesn’t have mortgage-related costs, but is likely paying a realtor commission as high as 6%. Then there are moving costs. According to CostHelper.com, packing and relocating a 1,500 square-foot house across the country can set you back from $9,000 to $11,600. Even if you have less stuff, move closer, or do some of the work yourself, the cost will likely be in the thousands. Then there are the inevitable shakedown costs with any new home: new carpets and curtains, fresh paint, necessary repairs, supplies and furnishings, and modifications to suit your lifestyle.

So, by the time you add up the costs of selling one home, relocating, buying another home, and settling into it, that $20,000 figure might be conservative! In short, changing homes is frightfully expensive, and will probably eat up most of the average family’s potential savings for several years running…

Granted, there are unavoidable life scenarios, mostly job-related, where you don’t have the luxury of choosing to stay put. But anytime the choice to move is yours, stop and consider the expenses. The worst choice possible is to move into a bigger house nearby that you don’t really need. You are opting in to a large one-time expense, plus a bigger ongoing mortgage obligation. If more space is truly necessary, consider instead adding onto your current home. (When our son reached the later teen years, we renovated a larger downstairs room so he could have more space.)

If you must relocate for work, consider renting for a while in the new location so you have the experience and information to make the best possible decision before buying a new house. If you are voluntarily choosing to relocate to another area of the country for lifestyle reasons, then take the time to make the optimum decision. We spent a year making our last relocation decision, talked at length, did hours of research, travelled to our candidate locations multiple times, then rented in the new area for 6 months before buying the home where we have now lived happily for many years.

The second major life change is one we should have the most control over — changing partners.

By some estimates, nearly half of marriages now end in divorce. Extrapolating from statistics in a recent report from the U.S. Department of Health and Human Services, divorces in the U.S. average somewhat over 1 million annually. Not only is breaking up with your partner stressful and tumultuous, but it is also extremely expensive. According to Forbes.com, the average cost of a divorce in the U.S. ranges from about $15,000 up to $30,000. Most of that goes to the lawyers and the courts. Divorce litigation is an astounding $28 billion/year industry!

The most important financial factor in divorce, though not technically an “expense,” is even more devastating. In most divorce settlements your net worth will be cut in half, or worse, as you split assets with your former spouse. If one person could live as cheaply as two, that wouldn’t be so devastating. But, unfortunately, that’s not the case: Sharing a home, vehicle, and meals are just three examples where quality of life is higher, and cheaper, with two people than it is with one. So, aside from the immediate legal expenses, going through divorce is likely to set your savings plan back years, or decades. To further compound the financial pain, divorce will often result in the sale of a home, and one or two relocations. And, when alimony is involved, the financial costs continue into the future….

My focus here is personal finance. I’m not going to delve into what makes a strong marriage, except to observe how very valuable one is from a financial perspective. But note the feedback loop at work in relationships: mutual prudence and financial responsibility contribute to a strong marriage, and a strong marriage contributes to stronger finances in the long run. So working to stabilize and strengthen your relationship will pay off not only in more peace and joy in your everyday life, but in your financial bottom line as well.

Unfortunately not all relationships will last. But appreciating the financial consequences might add some motivation to make good decisions up front, invest in the relationship you already have, and avoid a major financial catastrophe. Creating a stable long-term relationship will contribute mightily to both your happiness, and financial well-being.

So that’s it — two major life changes to avoid or minimize if you want to build your savings and achieve financial independence quicker. What do you think? Are these the biggest potential financial changes for most people? Have you experienced other major financial detours that could have been avoided with the wisdom of hindsight?