The Next Bear Market: How Bad Could It Get? 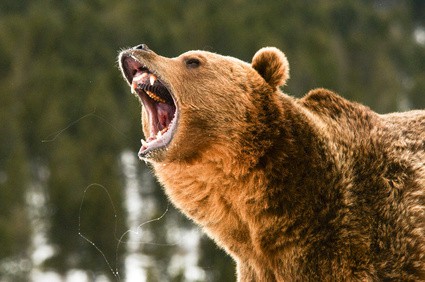 In November of 1972 the Dow Jones Industrial Average closed at a little above 1,000 points. Then it went down, and stayed mostly down, for the next ten years. While the Dow sat still, life went on….

The first U.S. space station and shuttle were launched. The Watergate scandal came and went. John Lennon was killed, and Elvis Presley died. Video players and personal computers were invented. Bill Gates founded Microsoft. And I made my way from junior high school to college graduation.

Retirement was different in the 1970’s. Pensions were the norm. But had you been living primarily off your investments, the decade would have seemed an eternity. And it would have devastated an unprepared portfolio.

If you are early in retirement, a lengthy bear market is your worst-case scenario. It exposes your assets to damage that can’t be recovered in your lifetime. It’s happened before, and it could happen again. It could even be happening now. How do you prepare?

In most modern retirements, you’ll need to tap into an investment portfolio for at least some of your expenses. You’ll need those investments for expenses that are not covered by guaranteed income streams such as pensions, annuities, or Social Security. A few will get by on only those guaranteed income sources, but the rest of us, who manage investment portfolios in retirement, will face the question, “When do you sell assets?”

Study after study has shown that it is impossible to accurately predict or time the stock market. Nobody can outperform the market over the long term. Some people can do it some of the time. But nobody does it all the time. And the very few who are more successful at it than others (think Warren Buffett) are impossible to identify in advance!

My recent research on the best retirement withdrawal strategies suggests there is value in trying to synchronize the sale of your asset classes with long-term market cycles: Sell stocks when stocks are up, sell bonds when stocks are down. The historical simulation I did demonstrates that such a strategy can pay off over time. But it only works if you have enough of the necessary asset classes when they are in favor to sell. Otherwise, you’ll be selling damaged assets at a discount!

Economic cycles play out every decade or so, but their exact timing is unpredictable, and the variations from one to the next are significant. Certain metrics like Robert Shiller’s

Cyclically Adjusted Price-to-Earnings ratio (CAPE) help us to understand roughly where we are now — which part of the economic cycle the market is currently in. And that tells us, roughly, how our assets are valued against each other.

We also have historical data telling us, on average, how long market or business cycles have lasted in the past. With this information, you can make informed guesses about how to structure and manage your retirement assets.

For our purposes, living off of assets in retirement, this is accurate enough. With few exceptions, the markets, and especially whole economies, do not change overnight. They gradually transition from one phase to the next. In general, it simply isn’t necessary to make major financial decisions quickly. And even in those rare cases when markets are changing rapidly (usually falling), if you have a passive investment strategy with a diverse allocation, then you won’t have to react at all.

The one regular decision you cannot escape in retirement is this: Do I need cash? And, if so, where should it come from? Which investment assets should I tap now? The best way to decide that is by understanding where you are in the current market cycle for the major asset classes. There is no perfect indicator, but my recent research points the way to maximizing retirement withdrawals. It discusses using the CAPE metric to possibly liquidate your assets at the best point in time.

But, how long do those market cycles run? Specifically, how long might you have to rely on your conservative cash and fixed income investments to outlast a bear market in retirement?

Fortunately, we have good historical data on the length of business cycles and market declines. The Schwab Center for Financial Research has compiled statistics on the time to recovery of a market decline for recent history. It shows that, for the eight market declines from 1966 to 2009, the average time it took the S&P 500 Index to recover to prior highs was a little over 3 years.

But that’s an average. In retirement, when rebuilding assets by returning to work may be impossible, we are also concerned about worst cases. How bad could a bear market get? Wade Pfau has studied worst-case market declines going back to the early 20th century. His data on real stock market losses larger than 50% shows the number of years it took for the real stock market value to again exceed the level prior to major market drops. Whether looking at the U.S. or a GDP-weighted “world” portfolio across 20 countries, that average worst-case recovery was about 9 years.

Finally, we have the National Bureau of Economic Research (NBER), the organization that officially delineates business cycles. The NBER measures the length of all U.S. business cycle expansions and contractions. On their web site, we can see a list of business cycles going back to the 1800’s. Though business cycles are not identical to market cycles, the statistics are strongly related. The stock market reflects the business cycle, often in advance. The NBER data shows the average time from peak to peak in 33 business cycles from 1854 to 2009 was 56.4 months, or a little less than 5 years.

These numbers neatly bracket the critical time spans for liquidating assets in retirement. If you want to reduce or eliminate the risk of being forced to sell stocks at a loss, then you need to allocate your conservative cash and bond investments accordingly. Specifically, you need to multiply the above time spans in years by your required annual retirement income, and stockpile that much in conservative assets.

Bottom line, to outlast a run-of-the-mill bear market, you should have three years of cash on hand. And for a worst-case recession/depression, you’d better have close to a decade worth of cash plus bonds you could liquidate once cash runs out. These are the assets most likely to hold their value during an extended downturn.

And these recommended allocations for cash and bonds are remarkably close to the allocations in my own portfolio right now. Which is a major reason why I’ve had no trouble sleeping through the recent market volatility. Nobody knows what history-making events the next decade will bring. But, with the right asset allocation, you can be reasonably sure of arriving there with your retirement lifestyle intact!