Rebalancing: Should You Bother? 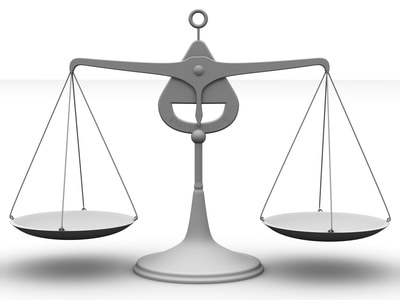 In my earlier post we analyzed when to rebalance your portfolio and discussed the mechanisms for how to rebalance. Now let’s take a contrarian step back and question the entire rebalancing process. Does rebalancing actually pay off in the real world? Should you even bother?

William Bernstein is one of the few authorities to put actual numbers on the benefits of rebalancing. In The Four Pillars of Investing

he sets up a simple model, extending over four years, which shows rebalancing contributing to an almost 1% better return annually. Not chump change, especially over the long term. But, then he qualifies that somewhat artificial model, saying the benefits of rebalancing in real-world portfolios, are "closer to 0.5%."

That amount, especially compounded over a career, could still be a substantial sum. But, given the challenges in actually implementing a successful rebalancing scheme over that long time period, you might be forgiven for wanting a more compelling number before making the effort.

Another example from Bernstein leads to a more startling conclusion: he walks us through the implications of rebalancing in a simple taxable account, showing that the tax side-effects, at least in later years when there are substantial capital gains, essentially wipe out the benefits of rebalancing! He concludes that with taxable accounts, you should rebalance only with mandatory distributions, new savings, and needed withdrawals — not by explicitly selling shares.

Another financial heavyweight, Vanguard-founder Jack Bogle reports on his 2007 study for the New York Times: A portfolio of 80% stocks/20% bonds earned a 9.49% annual return over a 20 year period without rebalancing, and a 9.71% return if rebalanced annually. He concludes the difference is the equivalent of investing "noise," and that "formulaic rebalancing with precision" is not necessary.

Bogle goes on to describe a study of all 25-year periods since 1826, using a 50/50 stock/bond portfolio, finding that annual rebalancing won out just slightly more than half the time — in just 52% of the 179 periods — again essentially "noise." Foregoing rebalancing never resulted in losing more than about 0.05% and sometimes added gains of from 0.2% to 0.3%. So simply doing nothing potentially loses small but wins big.

His conclusion: "Rebalancing is a personal choice, not a choice that statistics can validate." There’s nothing wrong with doing it — though tellingly he doesn’t do it himself. He advises there is no reason to worry about "small" changes (5-10%) in the equity ratio. Finally he notes there is no circumstance under which paying a typical adviser fee of 1% for rebalancing could add value!

Also in 2007, a couple of SUNY academics, John Spitzer and Sandeep Singh, published “Is Rebalancing a Portfolio During Retirement Necessary?” in the Journal of Financial Planning, arguing that retirees should spend their bonds first, thus slowly lowering their fixed income allocation. The study, using data from historical market returns, found that portfolios where the investor cashed in bonds first and didn’t rebalance did better than those that rebalanced, in virtually every case. "Rebalancing is not necessary — and it can be harmful."

Those are startling results that fly in the face of the typical life cycle strategy, which actually increases the allocation to fixed income over time! What are we to make of this? Well, we know that stocks outperform fixed income over long time frames. So we can surmise that, by living off your fixed income first, as the professors advise, you effectively "buy" yourself into a time span where stocks are statistically likely to outperform.

What the professors don’t address is the real-world experience of actually pursuing this strategy. It could lead you into your 80’s or 90’s living off a highly volatile 100% stock portfolio. While we can view this study as another data point against needless rebalancing, realize that most of us would probably not be comfortable with a highly volatile all-stock portfolio in our later years. We would probably heed, at a minimum, the professors’ recommendation: If you feel uncomfortable holding all stocks, then keep 20% in bonds.

What Should You Do?

So, we’ve reviewed the work of nine different experts and found little consensus on when to rebalance or even if to rebalance. Some say annually, some say longer, some say never. Though there appears to be a vague consensus that "rebalancing is good," the details are sketchy, and some highly respected voices question the need at all.

To summarize, here is what all the experts say on when to explicitly rebalance:

In the face of that conflicting advice, what should you do? I can’t exactly answer that. But I can tell you how I reconciled the differing opinions of the experts into a rebalancing strategy that served me well enough over the past decade. I can show you my own personal rules for rebalancing, the very same rules I used to grow my portfolio and retire at age 50 with security and confidence. And that is the subject of my next post. So stay tuned!