Leaving a Prestigious High-Paying Career in Your Early 40’s 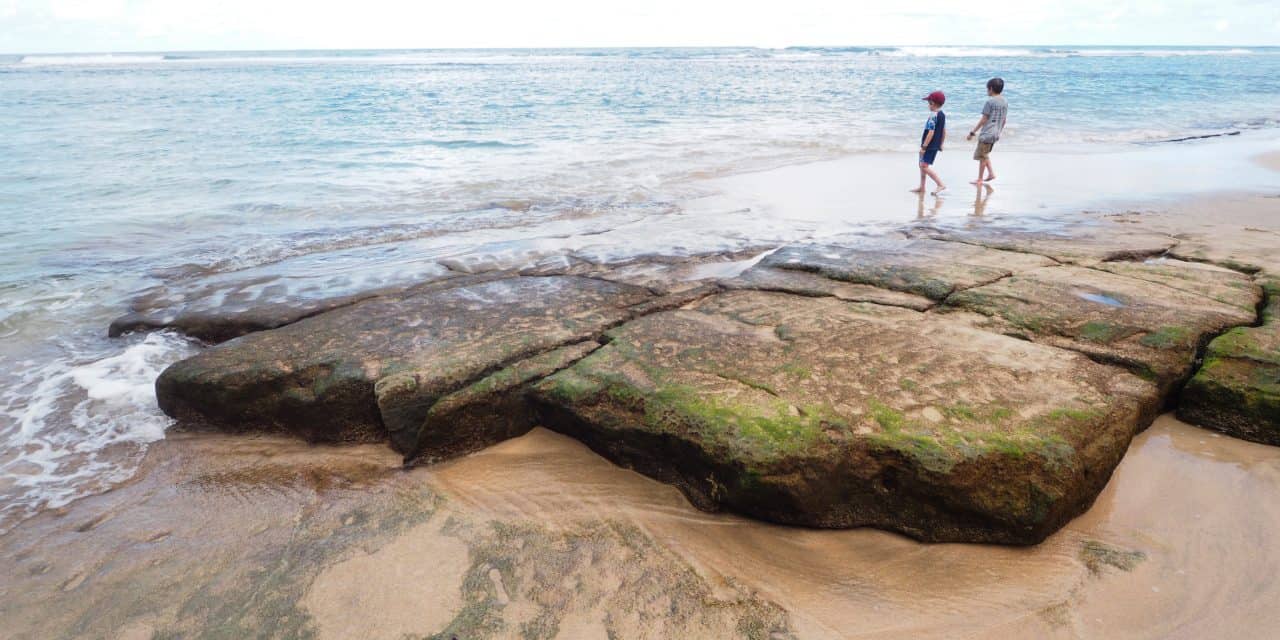 The following is a guest contribution from blogging friend Physician on FIRE, an anesthesiologist transitioning to early retirement. Physician on FIRE focuses on issues facing high earners looking to retire early. His writing combines technical investing and tax planning insights with an emphasis on living purposefully and giving back. I invited him to share his story of achieving financial independence quickly and walking away from a prestigious, highly-paid profession to retire at a young age….

I couldn’t wait to finish residency and start earning a real living. I was a 30-year old physician, and I was broke. 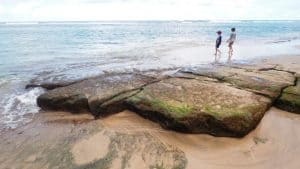 I started my career as a traveling anesthesiologist, working in hospitals in need of help, and I was willing to work. A lot. Everyone else I graduated with took a week off between finishing residency and taking the written boards; I worked that week and took my first week off about six months later.

Eventually, I realized that time away could be restorative, and I settled into a more reasonable schedule with enough time off to counter the many nights and weekends I was working on top of a busy daytime surgical schedule. But I had a hard time saying “no” to additional dollars, and it wasn’t unusual for me to take a working vacation, providing my services in new surroundings when I had a week off.

Life changed abruptly when the hospital I called home started a death spiral into bankruptcy after the Great Recession. My wife and I had a toddler and infant at home, the dream home we had built on the water, and suddenly I had no job.

Getting My Priorities Straight

After a tumultuous transition period in which I traveled for work once again, we settled into a life where I had a much more family-friendly schedule. My current job doesn’t even allow me to do locum tenens (travel work) outside of their system. In hindsight, I consider that policy to have been a blessing.

A few years ago, I found myself studying for an onerous, expensive recertification exam, and I started to ponder how I would feel repeating that process as the next ten-year cycle came around.

Having stumbled upon the concept of financial independence right around that time, you can imagine my surprise and delight when I realized that we were in a position to retire right then and there given our relatively frugal ways and high savings rate over the previous decade.

Not only would I not have to worry about taking that stupid test again, but I could easily afford to start prioritizing family time over work immediately. I stopped worrying about my inability to work extra shifts and started contemplating what it would be like to work less instead.

In the fall of 2017, I downshifted to a wonderful part-time schedule that I was able to negotiate. When you’re in a situation where you don’t need the job or the income it provides, you’re negotiating from a position of strength.

When I started my career, I was eager to trade my time for money. I’ve now flipped the switch, giving up a six-figure sum annually to have a schedule that better fits our desired lifestyle as a family. I’m home for dinner more often, see my boys before and after school most days, and have found time to take better care of myself. 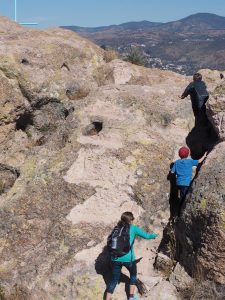 My new schedule involves a single 100-plus hour workweek (some of which is weekend call from home) followed by a few weeks off at a time. We quickly took advantage of our newfound freedom, spending three weeks in Guanajuato, Mexico on our first extended family adventure. I loved how our lives slowed down. There were no alarm clocks, save for the barking dogs and crowing chickens. There was no working late due to add-on cases. There were no pagers.

In Mexico, we had no need for a vehicle. Our boys, ages 7 and 9, would get some schoolwork done in the morning. After a hearty breakfast of eggs and fresh fruit, we’d all venture down the winding stairways and alleys to attend our daily Spanish language classes. Most afternoons involved some sort of outing, be it a hike, a museum, or just strolling through town. Before we knew it, our three weeks were up and it was time to go home.

Looking to repeat that magic and escape the brutal cold of a Minnesota winter, we made plans to spend most of February in Hawaii. Trying to take advantage of all there is to see and do on multiple islands, it turned out to be a very different kind of trip at a busier pace, but once again we felt as if three weeks was just not enough time. And sadly, winter back home was far from over. March came and went like a lion, and we realized we may have come back home too soon.

The current plan is to work for another year and a half or so, taking extended family trips where we can fit them in. Later this month, we leave for a medical mission trip in Honduras. There is a large orphanage on the compound where the surgical center is located, and family members are encouraged to join the volunteering medical professional for the trip. My wife and children will be involved in the lives of the orphans while I spend my days guiding patients safely through surgery. I anticipate an eye-opening and rewarding experience for all of us.

Back on the homefront, my replacement has been hired to begin his career as an anesthesiologist in the summer of 2019, and when he is comfortable working independently, I plan to turn my pager for the last time. There are a number of aspects of the career that I will miss, but I also feel comfortable moving on from both a personal and a financial standpoint.

From that day forward, three-week trips can be extended to three-month adventures. We’ll have the freedom to buy one-way tickets and wing it from there. The world awaits.

While I am a big fan of deferring taxes as much as possible, a solid physician’s salary and a high savings rate meant putting a majority of our investments into a taxable brokerage account. While having a slight tax drag on over 50% of our portfolio is less than ideal, having a sizable taxable account gives us a lot of flexibility.

Retiring at age 43, I plan to spend dividends from the taxable account while also slowly depleting a 457(b) account over the first five to ten years. When desired, I could pad our annual allowance by selling shares in the taxable account.

Eventually, I’ll be able to easily access the 11% or so of my dollars that exist in my 401(k), which will likely be rolled over to an IRA. I don’t anticipate a need to access the money early via SEPP, and I may very well convert the tax-deferred dollars into Roth dollars while we’re in this position to do so with a decreased tax burden. With a 24% federal income tax bracket extending all the way up to a taxable income of $315,000, a golden opportunity exists for higher net worth early retirees to make Roth conversions at a relative bargain, reducing future required mandatory distributions in the process.

Roughly 27% of our retirement dollars are in Roth accounts. All Roth contributions are available for withdrawal, as are Roth conversions after five years. Typically, I only make backdoor Roth contributions, but my balance was boosted when I made a large conversion of a SEP-IRA in 2010 when it appeared the ability to do so was going to be time-limited.

Finally, while the plan I’ve outlined came together before I started writing about financial independence and early retirement, I’ve found I’ve been able to earn an income online, so the implementation of some of this drawdown strategy will be delayed until a time when the online income also ceases. In other words, my retirement from medicine and retirement from earning an income are no longer coupled. It’s a happy accident, but one worth mentioning for the sake of full disclosure.

Can I Retire Yet?

It’s not that I have a strong distaste for the work that I do. It’s rewarding in many ways, but also stressful and exhausting at times. Somehow, about-to-be-born babies have gotten together and decided to cause their similarly exhausted mothers a maximal level of pain between 2 and 3 a.m. The pager goes off, and it’s the Physician on FIRE to the rescue.

While it’s wonderful to be the hero who wields the long needle and saves the day, it can be awfully disruptive to one’s own schedule to be that guy on a regular basis. And while I’ve only been a practicing anesthesiologist for about 12 years, I’ve been wearing the pager since I was a third-year medical student in the year 2000.

I may be focusing too much on the pager, having been on call for two of the last three weekends as I write this, but it’s not just that. I’m ready to reclaim my time, and while there are anesthesia jobs with no call, there aren’t any that allow you to work from home, and there won’t be anytime soon. Location independence is important as I envision the next chapter in our lives.

I’ve done the math and checked it twice. We could retire now based on our current annual spending with a withdrawal rate of 3% or less. That’s ignoring any future income and Social Security. The money is there. What we’re lacking is time and freedom.

I’m enthusiastic about our future of slow travel, restful nights, and making family memories wherever we may roam. We’re ready to start the next chapter of our lives. What do you say? Can I retire yet?

Disclosure: Some links on this site, like the Amazon and Pralana links, may be affiliate links. As an affiliate we earn from qualifying purchases. If you click on one of these links and buy from the affiliated company, then we receive some compensation. The income helps to keep this blog going. Affiliate links do not increase your cost, and we only use them for products or services that we're familiar with and that we feel may deliver value to you. By contrast, we have limited control over most of the display ads on this site. Though we do attempt to block objectionable content. Buyer beware.