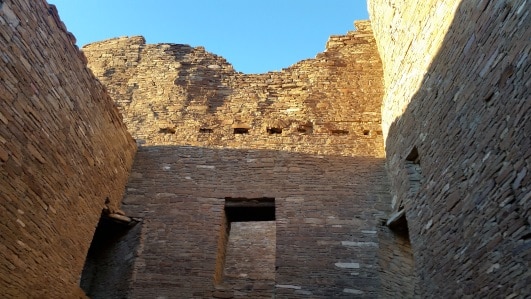 For its five-year existence, this blog has offered a politically-neutral view of retirement. In keeping with that tradition, I’ve avoided commenting on the recently concluded U.S. election. Even now, two weeks after voting, there is little that can be said about the results that wouldn’t be partisan or speculation, or both.

In a perfect world, I’d probably be a libertarian. There would be little need for government. But, alas, we don’t live in a perfect world. Ours is a messy, imperfect existence filled with difficult questions about how to allocate resources between competing interests.

I’ve learned over the years that reality doesn’t reduce to a sound bite, or a single political philosophy of the right, or the left. It’s more complex than that.

In general, I try to stay focused on leading one decent human life, rather than advocating for how others ought to be living theirs. So this blog is focused on my actual experience of living in early retirement. Other than the occasional low-key appeal to consume less and take care of our planet for future generations, I’m not arguing for a different world here.

As I write this, a new administration is being formed. Of primary interest to near-retirees, that administration is likely to pursue significant changes in tax law, in the Affordable Care Act (Obamacare), and in Medicare. Of secondary interest, it might pursue economic policies such as trade sanctions and stimulus spending, that could impact markets for better or worse. Of overriding interest to all, that administration may change the U.S. posture on national security, civil liberties, and the environment.

The details and timing of any of these changes are unknown. Will the new leadership muster only enough political capital to push through a “business-as-usual” conservative agenda, or will they engage the vision and intellectual firepower to remake the economy and social programs in their own image? Unfortunately, the contentious campaign trail elicited few details and no coherent plan. We will have to wait and see.

Back to the reality of living in or near retirement: How is the election affecting my life so far? What I can say as a relatively affluent, real-world retiree is that my world has just become far less certain than it once was. I thought I understood the health care landscape. Now it could change dramatically. I thought I had a handle on our byzantine tax code. Now it could be totally reworked. (On the positive side, it might be simplified — though I’ll believe our politicians capable of that only when I see it.) I also thought I could count on long-term growth in the stock market, and a relatively strong dollar, but the new economic order is anybody’s guess. In short, I feel a new disinclination to long-term planning, given all the unknowns in the air.

With all that uncertainty, it will be tempting to seek out pundits and prophets. And, that’s OK if you need entertainment. But don’t expect to hear much truth yet. If there’s one thing I’ve learned over the years it’s that opinions about the future are often wrong. As just one glaring example, remember how many observers were dead wrong about the outcome of this recent election. All of the major national polls, built on sophisticated statistical analysis and numerical models (similar to retirement calculators by the way), were significantly off in the days just preceding the election. Yes, numerical models remain our best tools for navigating the future. Just don’t put too much faith in them!

For success leading up to and after retirement, build a financial portfolio for any kind of weather. Don’t bet on winners and losers in specific sectors of the stock market, or elsewhere. The market was way down the night of election as incoming results surprised the world. Then the market came roaring back in the following days, setting new highs. Will that surge last? Only the ignorant would bet their financial health on it….

It is wise to hedge your bets: own bonds, own international stocks, own some commodities or gold or real estate if you understand how to manage those. Diversification spells stability: The individual components of my own portfolio have won and lost in totally unexpected directions since the election, but my overall net worth has fluctuated by less than 1%.

The world may or may not be working the way you think it should, but you still have lots of control over your own life. Stay diversified and stay flexible. Take care of yourself. Choose happiness whenever you can.

In a welcome respite from the election, my wife and I left on an extended camping trip shortly after. For five days we traveled and explored among some of the largest and best preserved prehistoric ruins of the American southwest. The structures we saw in Chaco Canyon and Cedar Mesa were built by a rich and complex civilization that flourished here hundreds of years before Columbus landed. Some of their ruins are more than 1,000 years old.

There is much to be learned from that ancient culture, good and bad. We were awestruck by their building and survival skills in harsh terrain that is difficult to inhabit even with today’s technology. This was a people highly organized and skilled in foraging, planning, stockpiling, diversifying, adapting, building and safeguarding their communities — all highly beneficial activities in today’s world, and for today’s retirees too.

But this was also a culture that completely disintegrated within the space of a few decades in the late 1200’s. Why? We’ll never know the full story. Archaeologists and anthropologists will argue the details for generations to come. But the outline is clear:

Environmental change and resource overuse led to scarcity. Scarcity led to conflict and violence. The old society couldn’t adapt: It dissolved and was replaced by something new. The people themselves endured, but they had to migrate to a new environment and adopt new ways.

And so may we.