Looking Ahead: Another Retirement, and a Book or Two… 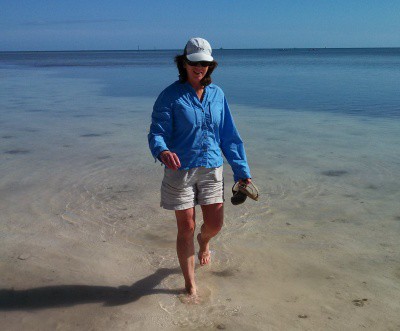 It’s official. Caroline has announced her retirement. She’ll wrap up her elementary school teaching career later this year. I imagine she’ll be drawn back to working with kids in some fashion, eventually. But for now, she’s ready for some much deserved rest and relaxation.

Only a teacher, or the spouse of one, can possibly understand what a public elementary school teaching job entails in today’s world. Part educator, part social worker, part stepmom, part counselor, part technologist, part secretary. It’s a job that is impossible to accomplish in any kind of normal work week. The extra hours for paperwork and class preparation come out of your nights and weekends. And all of that for pay that tops out, at career end, at what a good engineer might expect to make in his or her first year out of school.

But Caroline was born to teach. When I enter her classroom there is order, tranquility, and fun in the air. How she manages that with a roomful of children who are a few years removed from the playpen is beyond my ken. But she accomplishes it, and more. She’s touched hundreds of kids and their families throughout her career, giving them a positive start and teaching them to enjoy learning, to respect each other, to be mindful of the world around them. And that is priceless.

Also priceless, as I’ve written about here and here has been her partnership in our marriage. Ever since I started writing about my own early retirement, I’ve been clear that I could not have done it without her!

She supported me 100% during the early brutal years of my high-paying career, when I was working 70-hour weeks, starting new companies, and fighting to bring software to market in time to keep those companies afloat. She’s also supported this blog and been a frequent editor, behind the scenes. Equally important, she turned out to be the relief pitcher in our working career, showing up in the late innings to save the game….

How did she do that? It wasn’t the money primarily — which isn’t much for a Tennessee public school teacher. I ran my original retirement calculations assuming she wasn’t working, so her current income has been a bonus for us, though it has provided a nice cushion during my initial years without a paycheck. And it wasn’t her pension either. Because her career has been spread over several periods in different school systems, she’ll get only a very small one — about $100/month. (It would be easier just to take the lump sum. But this could be our only guaranteed lifetime inflation-adjusted income stream besides Social Security. So we’ll take it, for the novelty, if nothing else.)

No, those financial contributions weren’t the ones that made a material difference in our retirement: How Caroline saved the game was by securing our health benefits. When she retires, we can buy into a group health plan, secured by the local teacher’s contract, at reasonable (though still not cheap) rates. If she didn’t have those retirement health benefits, our health insurance premiums under the old laws would be far higher — probably thousands of dollars a month — and would have threatened our retirement budget.

Under the new Affordable Care Act, taking full effect in 2014, it’s possible we’ll have another low-cost option. But given the complexities of that law, the uncertainties involved in setting up the state exchanges, and the unpredictability of our own retirement income relative to the cutoffs for premiums, we sleep easier having a plan in place that we know we can afford. If a few years go by, and it appears we can get better or cheaper coverage through the new exchanges, then we’ll make the switch.

So kudos to Caroline, who has brought untold riches into my life. (And the financial ones were the least of the deal.)

I’ve always wanted to write a book. But it was a pipe dream until the last few years when, finally, I had the time, the experience, and the subject matter — personal finance — to write something that might be of interest to a broader audience.

It all started more than two years ago with early drafts of material that eventually emerged on Can I Retire Yet? But the project took on real life last October when I began working with an editor to help me shape what will ultimately be a series of books on “do-it-yourself retirement.” She’s a savvy pro in non-fiction and has given me a solid vision of how to structure a self-help book, as well as lots of detailed editorial assistance, plus steady encouragement.

What’s the process like? I’ve learned that you can’t just paste together a bunch of blog posts and expect to end up with a quality book. So the books will be about 50% new material, and even material derived from the blog will be substantially edited and restructured.

The intellectual challenge of organizing hundreds of pages of text into a coherent framework is something I haven’t experienced since the dog days of my programming career. I’ve heard authors talk about the loneliness of the job, and now I understand: You spend weeks by yourself in front of a blank page or screen, wrestling an army of facts and intuitions into a working draft that nobody will see for months, or years, in some cases.

But, I’m learning a lot along the way, and finding the end result very rewarding!

My goal is to create a comprehensive and authoritative, but simple and friendly, approach to the key personal finance questions for retirement, like: “How do I become financially independent?” and “Can I retire yet?”

So I’m documenting the best, simple rules of thumb and validating them to the very best of my ability and experience. My hope is that the books will be accurate, without being academic. I want to provide a process that any reasonably diligent person can implement to achieve financial security, on their own, without a lot of expensive “professional” help.

So where does it all stand? The first book, on retiring sooner, is in final draft now, with just a few weeks of work left before it can go into the pipeline for Amazon. (There will still be a number of production details, and I can’t predict how long that entire process will take, since this is my first time through. My hope is that it will be out before summer.)

A rough draft of the second book, on the retirement question, is complete, but key research is missing. I’m gearing up now for the required number crunching, but that will take me some time. I hope to have it all done and out in the second half of the year.

To be sure you don’t miss any related news or offers, sign up for my mailing list, below. You’ll receive a brief financial tip each month. And, when the books are out, you’ll be among the first to know!