How Can You Be Certain About the Retirement Decision? 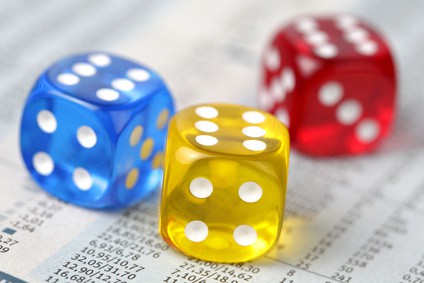 You’ve worked a long career — several decades, possibly more. You’ve saved diligently, paid off the house, put the kids through college. Your investments have recovered from the latest downturn, and the world seems relatively sane again, for now. You’ve amassed more assets than you dreamed possible when you were younger, and yet you hesitate. Will it be enough? You run calculators and solicit opinions. Some say you need millions, others say quit while you still have life left to live. You analyze and ponder, but you just can’t seem to pull the retirement trigger. So you keep working, hoping that will guarantee a secure retirement. Another year passes, and it’s the same story….

Could this be you? It’s a familiar tale in retirement forums. The problem is the lack of certainty around the retirement equation:

The question lingers: How much is enough to retire? I faced that conundrum a year ago, managed to reach a conclusion, and left my secure career behind with confidence. No, I didn’t come up with a magic bullet solution to the problem, but I did make peace with a reasonable answer — and have no doubts now, a year later. So, here’s what I did:

An engineer by training, I looked at retirement cash flow in several different ways, using basic engineering economics. Then I ran my numbers through about a dozen online retirement calculators from some of the biggest names in financial services. In the process, I learned a lot about how the retirement equation is modeled. I’ll save those details for another article, but the calculator results were mixed, to say the least! I was shocked by the variation and outright errors in the answers. Certain calculators crashed or gave obvious nonsense answers. The others, while generally confirming my ability to retire early, produced widely varying results — a range of about $8 million dollars in ending portfolio values!

Though I felt generally confident about my decision, there was some lingering uncertainty. I knew a lot about this topic from studying it over the years, but I found myself wanting a 2nd opinion. Ironically, I didn’t turn to any of my financial institutions to help with this critical decision. Frankly I didn’t consider them impartial, or expert: How vested were they in a successful outcome for me? How many of them had actually left their jobs or retired early?

I wanted someone who had lived the topic — through their writing, or life, preferably both. I have a long shelf full of personal finance books, but none focused exclusively on the retirement question. So I went online, to the world of personal finance blogs. I felt certain that somebody with the confidence to pull the plug on a secure job to make a living writing on financial topics, or somebody who was already financially independent, would be in a much better position to help me make an accurate, impartial decision. And I knew they would have no agenda for my money, other than helping me to find the correct answer.

My first discovery was Mike Piper’s Oblivious Investor, a blog devoted to simple, low-maintenance investing. Mike is an exceptionally clear and concise writer, and one of the most consistent voices on the scene. He’s especially good at parsing complex scenarios and recommending a simple, safe course of action.

I found that Mike had created a series of books on various personal finance topics in “100 Pages or Less.” His book Can I Retire?

looked perfect for me. I knew that Mike, a CPA, was a genuine authority on tax and investing matters. He would be well qualified to answer this question. I bought the book, and was glad I did.

Part one is “How Much Money Will I Need to Retire?” It begins by discussing retirement income and expenses, including adjustments for inflation, taxes, pensions, and social security. Next it introduces the 4% safe withdrawal rule, discussing why it’s only a guideline, and explaining why volatility is a particular problem when living off your assets. There is a nice illustration of sequence of returns risk, and then what to do if you don’t have enough to retire. An entire chapter is devoted to immediate annuities — the “good” kind of annuity — including a helpful discussion of the variation in state guarantees. Mike’s clear, conventional approach to the retirement equation convinced me that I was on the right track.

Added bonuses in Can I Retire?

, once you’ve mastered the “how much” question, are the concise, but thorough, sections on managing your retirement portfolio, and tax planning in retirement. There is a chapter on asset allocation and withdrawal strategies for retirement that also tackles the thorny issue of rebalancing, a particular interest of mine. And the chapter on Asset Location is the best I’ve seen.

Not long after finishing Mike’s book I discovered another authoritative web site: FinancialMentor, founded by Todd Tresidder. Todd, a former hedge fund manager, regularly produces definitive articles on various personal finance topics. His in-depth exploration of safe withdrawal rates, for example, has helped to bridge the gap between academia and the real world. He’s also an expert at building wealth for himself and others. If you are interested in financial coaching, or the latest thinking on building wealth, be sure to read his posts.

Along with a slew of good resources and calculators, FinancialMentor advertised a book about How Much Money Do I Need To Retire? Todd claimed that the conventional approach to retirement planning was fundamentally flawed, that most calculators require you to make an impossible set of assumptions about the future, and that the models used by financial pros could lead to disaster. I could see that he was taking a careful, but contrarian, approach — and I wanted to know what he knew before pulling the trigger. So I bought the book. I was not disappointed.

Todd digs into each of the key assumptions required by most retirement models. He teaches several simple alternative approaches to determining how much money you need, and argues that together they can provide confidence in your ultimate number. The math is simple, but the approaches are powerful, and conservative. After working through How Much Money Do I Need To Retire? I had a much better feeling for both the traditional retirement planning model, and his preferred models — which eliminate some of the variables. I could also see that the assumptions I put in were much more important than the model itself, so I double-checked mine.

And that’s the story of my early retirement decision. I ran my own numbers, then used an array of retirement calculators online, then consulted books from two trusted and impartial authorities. And, once all the numbers were crunched, and compared, and analyzed, the general picture was that I could safely retire. Did this process remove every trace of doubt in my mind? No. Considering the dramatic changes in the world just last year, and that I was looking at a potential 40-50 year retirement, that kind of confidence would be unjustified and foolish.

So what made the final difference in my decision? Ultimately, it was my desire to pursue a rewarding new part-time career. I knew that providing regular value to others would give me a safety margin that no amount of planning or calculating could ever provide. That commitment, plus the process described above, gave me the confidence to take the plunge.

Are you stymied by the retirement decision? Leave a comment below or contact me for a friendly ear….