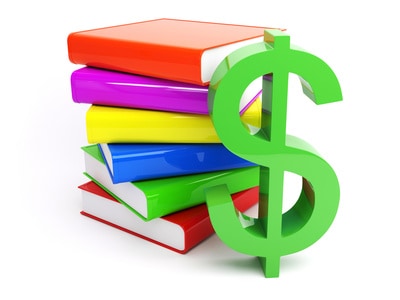 How to save for and then generate enough retirement income is a central theme here. It turns out that the tools used to accumulate sufficient assets to retire — portfolio diversification according to Modern Portfolio Theory — are probably insufficient to plan for producing income in the distribution phase of retirement.

A while back I posted "Is the 4% Safe Withdrawal Rate Obsolete?" That was my effort to document the history of safe withdrawal rates, and my first attempt at digesting and explaining the fast-moving new wave of research in this area.

That first article pointed to the many warning signs in current research against using a static, historically-based withdrawal rate in retirement. In short, it’s highly likely that today’s retirees can’t count on safely withdrawing 4% from their portfolios annually, at least not in the early stages of their retirement.

But all is not lost. Useful new research on this topic is appearing regularly, and there is much promise for new dynamic or hybrid withdrawal strategies that could meet the need for reliable income in retirement. Also, new investment and insurance products continue to appear from the financial services industry to answer the need.

I’ve begun a long-term process of digesting all this new information about retirement income, so that I can update my own retirement income plan in light of new findings, and write about the results here. That will be a many-month process. Meanwhile, here is one of what will probably be several interim status reports, as I make my way forward in the new retirement planning terrain.

To begin this investigation let’s define some essential terms, and touch on current research efforts:

backcasting — In retirement planning "backcasting" means using historical market and economic data to predict the future. A familiar argument is that we’ve seen the worst possible economic extremes over the past 100 years, so if your portfolio could have survived all those scenarios, it must be "safe." But what if we haven’t seen everything yet? Current interest rates, bond yields, and stock values are all threatening to break out of historic ranges.

safe withdrawal/4% rule — As discussed elsewhere, "safe withdrawal rate" is the concept that there is some amount you can consume from your portfolio each year, without threatening to run out over the course of your retirement. Traditionally the rate has been about 4% but this rule is under attack. In fact, the entire notion of a single safe withdrawal rate may not stand up to analysis.

valuation-based — Conventional investing wisdom has been that market movements cannot be predicted, and a single asset allocation is appropriate for most market conditions and time frames. But research by Robert Shiller into using the P/E 10 metric to forecast broad stock price changes has been leveraged by Rob Bennett, Wade Pfau and others to argue that retirement withdrawals must take into consideration the current level of the market.

utility function — This is a term for how economists model the benefit or enjoyment you receive from a given level of expenditure. The practical application in your retirement is understanding how you value spending money now, versus later, versus saving it indefinitely and passing it on to your heirs.

variable withdrawals — If you are going to take into consideration current market levels, and possibly your own utility function, then you are likely to arrive at a variable retirement withdrawal rate. In other words, you’ll withdraw more earlier in retirement, especially if economic times are good, and less later in retirement, or during times of economic stress.

life expectancy/failure rates — These terms refer to the notion that, while you don’t want to run out of money at age 100, you also may not want to optimize your retirement for living that long, because the odds are low. There is some argument to be made for spending more earlier in retirement, when odds are best you will be alive and healthy to enjoy it. And, to enjoy retirement fully, many people may realistically need to take on some risk of running low on at least discretionary spending should they live to an extremely old age.

life-cycle — This is a school of economic thought that views individuals as attempting to plan out their consumption and savings so as to even out consumption over their lifetimes. It emphasizes stability and has traditionally favored annuitizing assets to provide predictable retirement income.

annuities — The traditional financial planning tool for those who don’t want to throw themselves on the statistical mercy of a safe withdrawal rate which could consume principle from a fluctuating portfolio, has been the annuity. While variable annuities and other complex annuity products get a bad rap for high expenses, simpler immediate (SPIA), and longevity (DIA) annuities are likely to be essential tools for many to preserve lifestyle in retirement.

floor/upside — A hybrid retirement income model appears to be taking shape in recent research and discussions. The model is that you might use Social Security, pensions, and annuities to build a "floor" of stable, inflation-adjusted income for essential expenses as long as you live. You then implement some form of safe withdrawal rate concept with the rest of your assets in a fluctuating portfolio for discretionary expenses.

So there is a glossary of some terms for navigating the new retirement planning landscape. Future posts will delve more deeply into each of these concepts. Eventually I expect to begin linking them together and discussing cohesive retirement income strategies, using the latest research. The goal is to generate retirement income with confidence. As noted above, this will be a long-term process, so stay tuned!