Dealing with an Inherited IRA 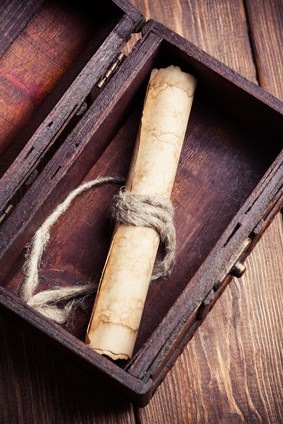 The letter caught me by surprise. Titled “IRA/ESA Certificate Maturity Notice,” it was from a major credit union where, so far as I knew, I had no accounts.

The document went on to say that an IRA Certificate of deposit, with my name on the account, was scheduled to renew soon for the specified term. And it provided a contact if I “needed more information.” Which, I certainly did.

Sitting on hold at the credit union, I pondered what this could be about. I knew that a relative had recently passed away. I wasn’t expecting to inherit anything, but maybe she had left my name on a joint account, accidentally?

I waded through several layers of bureaucracy at the credit union. It was awkward going, because, though the institution apparently had an account in my name, I had no records or online credentials to verify myself with. Fortunately they had my Social Security number on file, and that matched.

Finally I got through to a real person. I began to get more information on what this was all about. Yes, it really was my money, now….

Making Sense and Getting Organized

Eventually I found out that I was a beneficiary, along with my sister, on an IRA held by my relative. The credit union had split the money automatically among the beneficiaries upon her passing, creating new Inherited IRA accounts in our names. The money was invested in a Certificate of Deposit, and I wound up getting the Maturity Notice long before receiving any paperwork about the estate itself. (That paperwork followed several weeks later.)

What to do with the new money? I didn’t know much about Inherited IRAs yet, and there were a seemingly dizzying array of options. Early on, I realized that my first order of business would be to transfer the money to Vanguard. I’m a firm believer in consolidating and simplifying my assets. My retirement money was already at Vanguard. And I knew they’d also have the expertise to help me sort out my options with the Inherited IRA, once they were custodian of the money.

With an easy phone call, an advisor at Vanguard pre-filled the paperwork for the transfer, and overnighted the documents to me. I signed and returned it all in their prepaid mailer. About three weeks later, the transfer was complete. I could log on to my home page at Vanguard and see the sum of money sitting in the settlement fund — Vanguard’s Federal Money Market — in a brand new Inherited IRA account, along with my other Vanguard accounts.

Rules for Withdrawing from an Inherited IRA

Inherited IRAs are called “IRAs”, but their similarity to your other IRAs is only skin deep. In particular, the rules for withdrawal are quite different and depend on several factors — notably whether the original account was a Traditional or Roth IRA, whether you are the spouse of the original account holder or not, and whether they were over age 70½ or not when they passed.

Depending on how those factors play out, you can choose among four penalty-free distribution options:

For a more detailed accounting of these rules, see the excellent summary at Schwab.

Well, for Traditional IRAs, any money you withdraw from the account is taxable at your current tax rates. So, as a general rule of thumb, it’s good to avoid withdrawing large sums all at once, or any sum that might push you into a higher tax bracket for the year.

Thus I could rule out the Lump Sum Distribution. Unless you’re facing a cash flow emergency, there is no good reason to voluntarily receive a large sum of taxable money all at once in retirement. You will just pay more in taxes for money you can’t put to use right away anyway….

I also knew that, in general, experts recommend that I delay dipping into tax-sheltered retirement accounts as long as possible. You want to give those accounts the maximum number of years to compound tax free — not having to paying taxes on their growth.

Of course, that is only feasible if you have taxable assets to live on in the meanwhile. Fortunately, we do, having saved about half our net worth in taxable accounts during our road to early retirement.

So I knew that I wanted to preserve that Inherited IRA as long as possible. That meant I could reject the 5-Year Method as well. We would have enough taxable assets to last us 5 years and more, so why dip into retirement accounts early and add to our tax burden artificially for a 5-year period?

OK, so that meant I would be choosing the RMD/Life Expectancy Method to withdraw from my Inherited IRA. In this approach you use a table of life expectancies provided by the IRS to compute your required withdrawal in the year following your inheritance, then reduce your life expectancy by one (1.0) for each following year.

So, for example, next year, the first that I will be required to withdraw from this Inherited IRA, my life expectancy at age 58 will be 27.0. Dividing the expected balance of the Inherited IRA at the end of this year by that number, I’ll probably be required to take a distribution of about $2,500. The tax and lifestyle implications will be minor.

So, my Inherited IRA distribution strategy is decided. But since that strategy aims to keep my money invested in tax-sheltered accounts as long as possible, how exactly should the money be invested? Specifically, what fund should I put it in?

Well, I’ve long since decided against adding any new funds to the small collection in my existing portfolio. In fact, I intend to reduce from the current seven funds down to just two or three, over time.

Also, this is long-term money. I don’t expect to need it for a decade or more. That rules out adding to any of my existing “safe” investments like cash, or one of my bond funds.

But I’m also not wild about piling into stocks here very late in a bull market, with political and economic uncertainties abounding as usual. So that rules out using one of my pure stock funds either….

That leaves one of my two existing balanced funds — either the Vanguard Wellesley Income Fund (VWINX/VWIAX) or the Vanguard LifeStrategy Moderate Growth Fund (VSMGX).

I am a long-time devotee of the Wellesley Income Fund. I’ve owned it as long as I can remember. It’s a classic, safe “widows and orphans” choice of 35% conservative blue-chip dividend-paying stocks and 65% high-credit-quality bonds. And, despite that conservative posture, it’s returned an amazing 9.8% annually since its inception in 1970. (But don’t bet your hopes on that kind of performance going forward.)

However, I have been exasperated with Wellesley’s active management in recent years. Seems like every time I open a semi-annual report from the managers, they are apologizing for underperforming their benchmark due to “weak security selection” in certain sectors. That’s corporate-speak for trying to time the market and failing.

Understandably, the managers at Wellesley, one of Vanguard’s few actively managed funds, feel obliged to try their hand at adding value. And, to be fair, the fund is usually a steady performer: The underperformance in the recent March report was only about two tenths of a percent. But it’s still disturbing to read managers at Vanguard — the founder of index investing — reporting that they’ve underperformed their index!

Much as I have loved Wellesley over the years, I continue to move in the direction of passive index investing. So, for that reason, my newly inherited IRA money will go into Vanguard’s LifeStrategy Moderate Growth Fund (VSMGX). It’s a broadly diversified, low-cost “fund of funds” with an all-index, fixed-allocation approach of 60% stocks/40% bonds. The funds it holds are Vanguard’s Total Stock Market Index, Total Bond Market II Index, Total International Stock Index, and Total International Bond Index. Together these four funds constitute a well-rounded portfolio in a single fund.

The relatively higher allocation to stocks means that I should expect more volatility from VSMGX. But, without any immediate need to access that money, price fluctuations aren’t a problem for me. And that tilt toward stocks will likely translate into higher returns over the long haul.

Given my time frame, this is as safe and sure a bet as I know how to make….